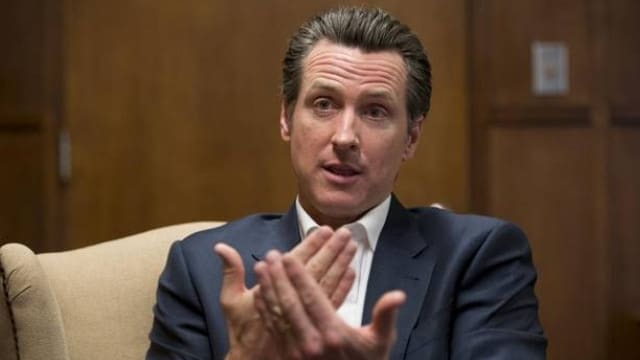 Voters in California, Nevada, Washington and Oregon approved stricter gun control initiatives while those in Maine, Kansas and Indiana leaned towards protecting the Second Amendment.

In a win for California Democrat Lt. Gov. Gavin Newsom, voters gave his “Safety for All” referendum, on the ballot as Proposition 63, a big thumbs up with nearly two of three voters supporting the measure as of Wednesday morning with 83 percent of precincts reporting. Funded by $5.2 million from the state’s Democratic Party and wealthy donors, the measure not only further protects new gun control bills signed earlier this year but also requires background checks prior to all ammunition sales – a first for any state.

In Oregon, nearly three of four voters approved Measure 100, which saw some $1 million in funding from anti-hunting groups, and aims to ban the sale and possession of certain animal parts. Pro-hunting groups nominally opposed Measure 100 saying it would likely do little to protect endangered species while otherwise law-abiding gun owners in turn could be criminalized if they sell a vintage item, say a handgun with old ivory grips.

Nevada’s Question 1, a background check expansion that had received $19.7 million in funding largely from Bloomberg, went to the wire with the Secretary of State’s office reporting a 50/50 split most of the night and losing in 16 of 17 counties. In the end, the Associated Press called the race at 3:02 a.m on Wednesday as a “yes” victory though official results may prove otherwise. Gun rights groups, primarily backed by the NRA, contributed some $6.6 million towards stopping the measure, easily making it the most expensive single-issue gun control fight in the country.

In a rebuff for gun control advocates, Maine’s Question 3, a mirror image of Nevada’s Q1, polled high with likely voters but as of Wednesday morning was losing by four points with over 89 percent of the ballots counted.

Voters in Kansas and Indiana, both states with a large population of sportsmen and anglers, showed up and approved amendment to their respective state constitutions to enshrine a right to hunt and fish. In both instances, the amendments were approved in landslide votes.