Two women made a bold statement Tuesday morning at the Manhattan polling site where Donald Trump was due to cast his ballot.

The women – later identified as 28-year-old Tiffany Robson, of Seattle, and 30-year-old Neda Topaloski, of Montreal, Canada – entered the P.S. 59 polling site just after 8 a.m., then ripped off their shirts, exposing anti-Trump rhetoric written on their bare chests and backs. The women shouted, “Grab your balls! Out of our polls!” as they marched around the inside of the building.

It took authorities all of about 30 seconds to cover up and escort out the women, who are members of the international feminist group FEMEN.

“We staged the protest before the arrival of Trump at the voting station to make a statement against Trump’s politics of discrimination and oppression of women and minorities,” explained Inna Shevchenko, the group’s leader.

Both Robson and Topaloski were issued summonses for electioneering. 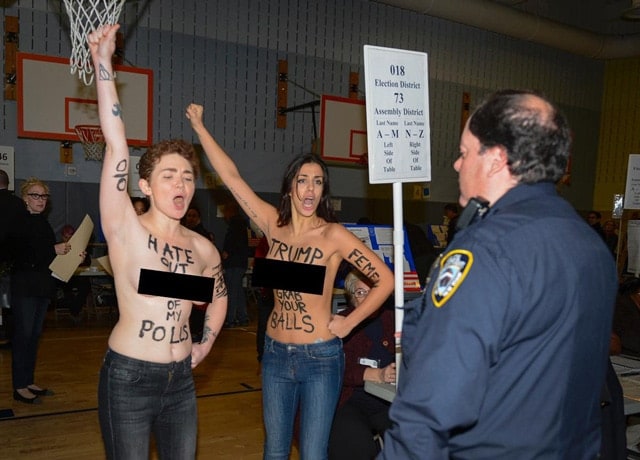 An officer stares intently as he reads the words written on the bare chests of the women. (Photo: New York Daily News) 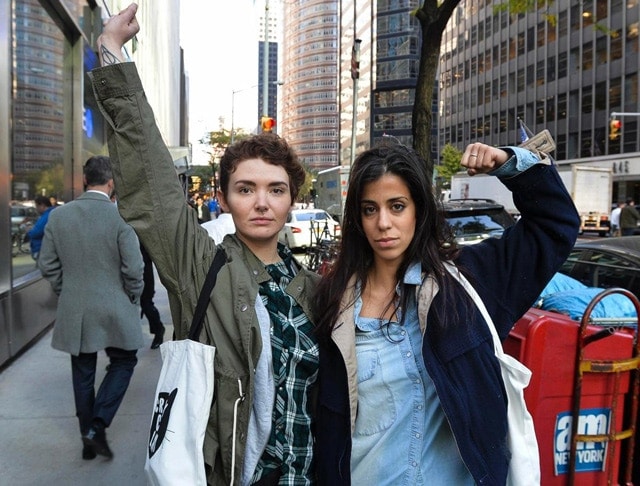