With Trump in the White House, Hearing Protection Act looks good for 2017 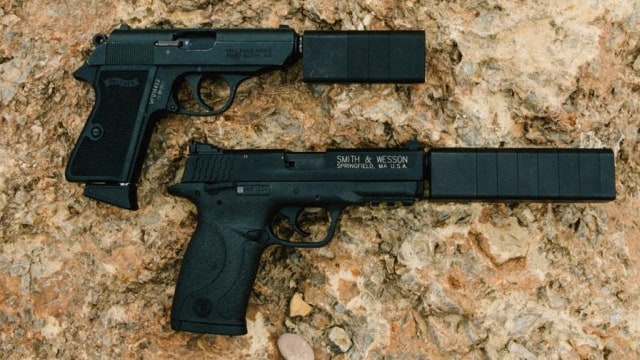 “The Hearing Protection Act is about one thing: giving the law abiding citizens of our country the ability to protect their hearing while exercising their right to hunt and recreationally shoot without the onerous burden that the National Firearms Act places on suppressors,” an industry spokesman told Guns.com (Photo: SilencerCo)

A Republican trifecta in Washington next year will likely see action on a bill to remove firearm suppressors from National Firearms Act regulation after 82 years.

The Hearing Protection Act was introduced last October by U.S. Rep. Matt Salmon, R-Ariz., and currently has 78 bipartisan co-sponsors from 34 states. Since then, the HPA has been among the top 10 most-viewed bills on Congress.gov almost every week since it was introduced.

However, with a slim Republican majority in the Senate unable to override a near-certain veto from President Obama, the bill has been in doldrums.

Now, with the White House under new management next year, advocates for the measure feel signs are looking up and will likely return to the next Congress with a fresh mandate.

“Imagine for a second that we lived in a world where you had to pay a $200 tax to buy a pair of earplugs,” Knox Williams, president of the American Suppressor Association, the industry trade group for the devices, told Guns.com on Wednesday. “Now, imagine that even after paying that tax you still had to wait 8 months before you could bring your earplugs home with you. As silly as that sounds, it’s the world we live in with suppressors in the NFA.”

“The Hearing Protection Act is about one thing: giving the law abiding citizens of our country the ability to protect their hearing while exercising their right to hunt and recreationally shoot without the onerous burden that the National Firearms Act places on suppressors,” he said.

In speaking with Utah-based SilencerCo CEO Josh Waldron in April, the suppressor wonk made it clear that the HPA in its current form is something of a dress rehearsal for a Republican chief executive.

Although Trump has not gone on record as supporting NFA deregulation, Donald Jr. visited SilencerCo in September and made clear it was definitely on the table.

Further, the National Rifle Association wasted no time in mentioning suppressors and their safety attributes on Election Night.

“In politics, there are no certainties,” Williams cautioned. “That said, we are encouraged and excited about the prospect of working with the new Congress to get the Hearing Protection Act passed, and signed into law by President Trump. For 82 years, the NFA has reigned supreme. Now is time to work together to ensure that future generations no longer have to sacrifice their hearing by exercising their Second Amendment rights.”

Hail to the chief.