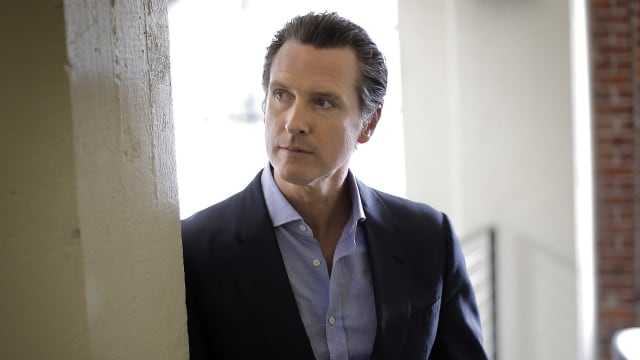 Lt. Gov. Gavin Newsom has made the state’s tough gun laws tougher with the help of voters, but may have to defend their legality when compared to the Second Amendment. (Photo: Carlos Avila Gonzalez/ The San Franciscio Chronicle)

California Lt. Gov. Gavin Newsom’s “Safety for All” voter proposition may have won over voters but it could soon face legal scrutiny in court.

Listed on the ballot as Proposition 63, voters approved the initiative 63-37 on Tuesday. Funded by $5.2 million from the state’s Democratic Party and wealthy donors, the measure not only further protects new gun control bills signed earlier this year but also requires background checks prior to all ammunition sales – a first for any state.

Attorney Chuck Michel, who also serves as president of the California Rifle and Pistol Association, advised that with a new Republican president choosing potential U.S. Supreme Court Justices, the time is right to take not only Prop. 63 but also other legally questionable laws to court.

“With our victory in the presidential election, successful legal challenges will now be filed against all these new ill-conceived and unconstitutional laws, and those cases will be heard by a new Supreme Court that will see these laws as the Second Amendment violations that they are,” Michel said in a statement.

The CRPA, along with the National Rifle Association and scores of law enforcement and civil rights associations joined to oppose Newsom’s ballot measure as part of the Coalition for Civil Liberties. With the measure now moving forward with a mandate from California voters, the coalition will remain and refocus their efforts.

“Those activists are now a part of the self-defense civil rights coalition political action committee, and a grassroots activist force that anti-gun-owner politicians will have to reckon with for years to come,”Michel said.

Another gun rights group formed to oppose the ballot referendum, Stop Prop 63, was sponsored primarily by the California-based Firearms Policy Coalition, who is also looking to the courts.

“Following the historic election of Donald J. Trump, we look forward to challenging Proposition 63 and many other extreme gun control laws in federal courts that respect the original public meaning of our great Constitution and the unambiguous text, history, and tradition of the Second Amendment,” Craig J. DeLuz, director of communications with the FPC, said in a statement emailed to Guns.com.

Barring possible suits and court injunctions or rulings, the list of new gun control mandates and effective dates, as provided by Gun Owners of California, is below: