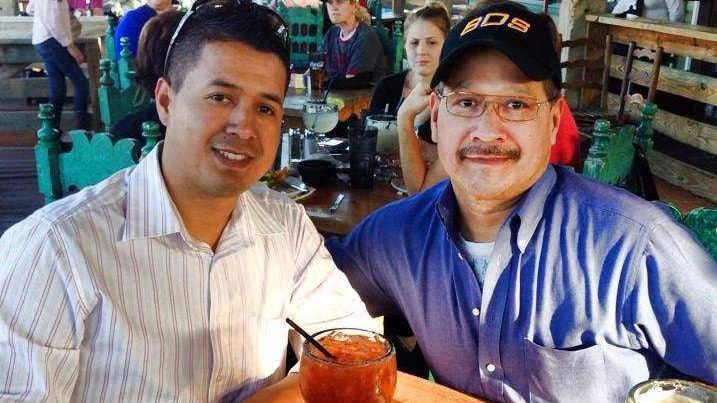 The father of one of five Dallas police officers killed during a Black Lives Matter rally last summer filed suit in federal court Monday against the group for wrongful death.

Enrique Zamarripa and his attorney, Freedom Watch founder Larry Klayman, said in court documents the death of his son “was a direct and proximate result of Defendants’ acts of inciting and/or carrying out actions of violence against police officers and law enforcement persons of all races and ethnicities, Jews, and Caucasians.”

Black Lives Matter leaders, the Nation of Islam, Reverend Al Sharpton, the New Black Panther Party and George Soros are among the 13 co-defendants named in the suit. Zamarripa seeks damages up to $550 million.

Zamarripa’s son, 32-year-old Patrick Zamarripa, died July 7 during a sniper attack against 12 Dallas police officers at a Black Lives Matter rally that left five dead and seven wounded. The lone gunman, Micah Johnson, during a three-hour police standoff, told negotiators he targeted white officers in retaliation for the string of recent police killings of unarmed black men in Minnesota, Louisiana and elsewhere across the country.

Johnson attempted to join several black militant groups, including  the Nation of Islam and the New Black Panther Party, The Daily Beast reported, but was blacklisted after group members uncovered his history of sexual harassment in the Army.

The Next Generation Action Network organized the July rally, PoliceOne reports. Black Lives Matter does not have a local Dallas chapter, according to the news site.

“The main thing is communication,” Alexander said. “The frustration that leads to the anger in these communities. … All of us, whether we say that we line ourselves up with Back the Blue, Black Lives Matter, All Lives Matter, whatever it is, we should be standing together to address this issue.”

Dallas Police Sgt. Demetrick Pennie filed a similar suit in the U.S. District Court of the Northern District of Texas in September against prominent black rights activists, Democratic politicians and others for inciting violence against law enforcement and igniting a “race war.”