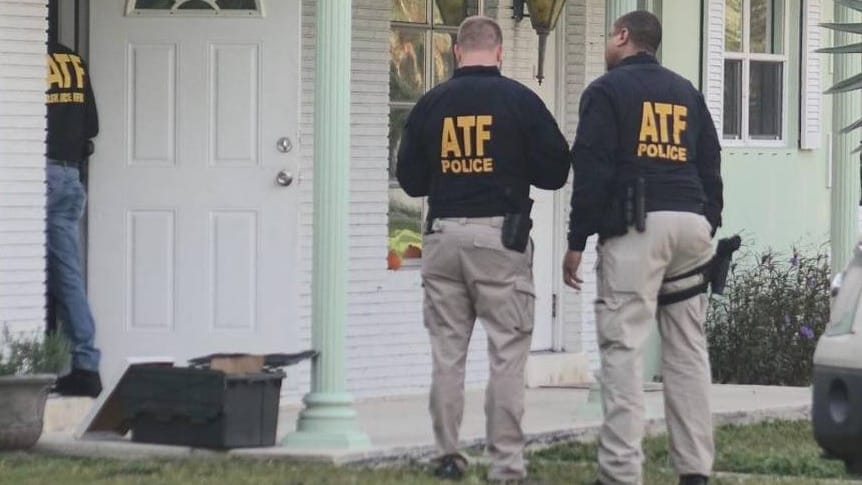 Federal authorities arrested 25 suspects in a raid at a home in Broward County, Florida on Wednesday.

Agents from the Bureau of Alcohol, Tobacco, Firearms and Explosives descended on the Pompano Beach house in the predawn hours — the culmination of a two-year undercover investigation into a gun and drug trafficking operation ran by two local gangs, Doom City and the Cypress Boys, according to the Miami Herald.

Four suspects remain at large, The Miami Herald reports. The other 25 are described as felons with a collective record of more than 400 arrests and 70 convictions, according to the newspaper.

“The streets are safer, and the good people of Pompano Beach can sleep a little easier knowing that these drug dealers and firearms traffickers are off the street,” said Carlos Gonzales, public information officer for the ATF Miami Field Division, in a statement Wednesday. “Their days of dealing drugs and selling firearms, perpetuating violence in our community, are over.”

Gonzales said the agency “worked extensively” with local law enforcement to bring down the trafficking operation and received help from the Drug Enforcement Administration and the U.S. Marshals Service during the raid.

“This investigation is a perfect example of how local and federal agencies working together can remove criminals from the streets of our communities,” he said.

U.S. Attorney for the Southern District of Florida Wifredo A. Ferrer later Wednesday announced federal charges against 29 defendants in 23 separate cases for their alleged participation in the trafficking conspiracy.

Undercover agents bought a total of 285 firearms from the defendants over the course of the two-year investigation, ATF officials said, including AR-15s, AK-47s, pistols, revolvers, a short barrel rifle and a police sniper rifle.

The defendants also sold heroin, cocaine, marijuana and oxycodone to officers, according to the ATF.

“Through diligent efforts, this successful partnership identified, investigated and secured prosecution for more than two dozen dangerous individuals responsible for narcotics and firearms trafficking, throughout South Florida,” said Broward Sheriff Scott Israel. “We’ll never know how many crimes we prevented with these arrests, but our residents and visitors are safer with these criminals off the street.”