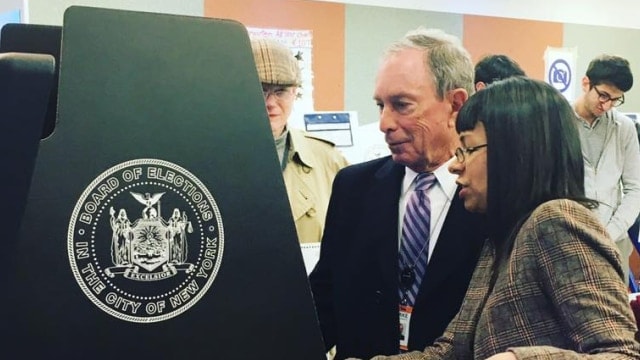 A campaign to expand background checks to include most gun transfers– paid for in large part by former New York Mayor Michael Bloomberg– was rejected by voters in Maine.

At first glance, the initiative should have been an obvious misstep for gun control advocates in a state that sank ballot measures by New York-based anti-hunting groups to curb bear harvesting in both 2004 and 2014 while adopting constitutional carry with broad support in 2015. Nonetheless, the New England state has voted Democrat in every presidential election since 1992, and with 2016 being the scene of another presidential turn out, the Maine chapter of Mom’s Demand Action started the ball rolling on the initiative last August.

After paying a professional canvassing organization based in Washington D.C.to come into the state and collect signatures, the effort made the ballot with the help of more than $5 million in funding largely made available by Bloomberg groups.

A coalition of national and local gun rights groups ranging from the National Rifle Association to the Sportman’s Alliance of Maine and Gun Owners of Maine opposed the measure and soon were joined by most of the state’s elected sheriffs and the Maine Warden Service.

With a flurry of ads back and forth between the two camps, and Maine Gov. Paul LePage repeatedly slamming the measure, polls showed a modicum of support for the proposal.

However, much like in other races across the country, the pollsters got it wrong and Maine voters rejected the gun control measure 48-52 with at least 30,000 more Mainers marking “No” on the ballot than “Yes.”  This came despite the fact that Hillary Clinton won the state and voters gave a thumbs up to a referendum to legalize marijuana.

In the end, the gun control groups paid almost $14 for each vote they garnered, and came away defeated. The NRA spent just under $1 million for their campaign, or about 20-cents on the dollar for each spent by background check supporters.

“What the Nation witnessed here in Maine was everyday law-abiding Maine gun owners rejecting the overreach of a New York City billionaire, who sadly must feel that his accumulated wealth and stature grants him license to trample the Natural Born Right to Self-Defense of American citizens, which the Second Amendment protects,” Andy Torbett, who worked with the NRA on the ground in the state this year, explained to Guns.com.

“This happened in large part not only to the combined efforts of the Sportsman’s Alliance of Maine, Gun Owners of Maine, and the NRA but, more importantly, the people of Maine, who took the time to talk to their neighbors, expose the fallacies of this referendum, and then, above all, showed up in record numbers to the polls to vote it down,” continued Torbett. “Maine people are common sense people and Michael Bloomberg’s Question Three was not common sense.  Maine people are people of conviction. They had the courage to stand resolute in the face of a mighty political beast and not be dissuaded from those convictions.”

Maine has not been the only instance in which New England states rejected inroads by national gun control groups to expand background checks.

Last year, Vermont lawmakers proved impervious to a series of proposed bills backed by $130,000 in lobbying that included controversial “sting” operations targeting online gun sales which drew threats of a lawsuit against Everytown from a licensed gun store whose images were used as bait.