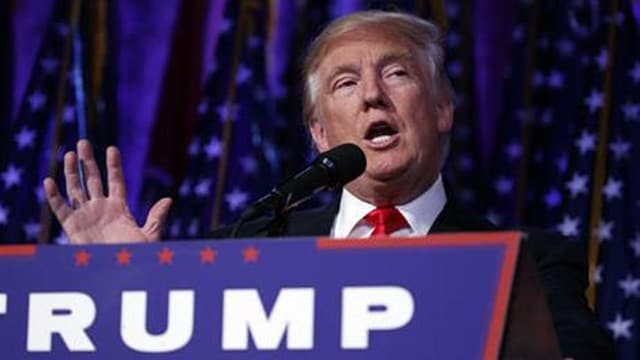 Donald Trump won the presidential race, but what will he do now? (Photo: AP)

Donald Trump won the U.S. presidency Tuesday night. Now, millions of Americans are wondering what’s next, but a look at Trump’s “100-day plan” could provide a glimpse into what should be expected from the president-elect in the coming months.

Trump outlined his intentions several weeks ago in his “100-day action plan to Make America Great Again,” which he called not a plan but “a contract between myself and the American voter.” Trump said the contract “begins with restoring honesty and accountability, and bringing change to Washington.”

According to the plan, immediately after his presidency begins, Trump intends to take five actions aimed at restoring security for individuals in the nation, as well as constitutional rule of law. At the top of the list is to “cancel every unconstitutional executive action, memorandum and order issued by President Obama.”

Altogether – thus far – Obama has issued 249 executive orders during his eight years as president. Although reports indicate that when Obama meets with Trump to discuss his transition into the Oval Office, he will likely try to talk Trump into keeping those orders in place.

In addition, Trump said he will work to choose a replacement for former Supreme Court Justice Antonin Scalia, who died earlier this year. Trump has a list of 20 possible replacements, but noted that the replacement needs to be one “who will uphold and defend the U.S. Constitution.”

Trump’s plan also includes canceling federal funding to sanctuary cities – cities that typically house immigrants – as well as begin the process of “removing the more than two million criminal illegal immigrants from the country and cancel visas to foreign countries that won’t take them back.”

Lastly, in reference to national security, Trump’s plan includes suspending immigration from what he calls “terror-prone regions where vetting cannot safely occur.” He noted that all of those entering the United States from other countries should undergo what he calls “extreme vetting.”