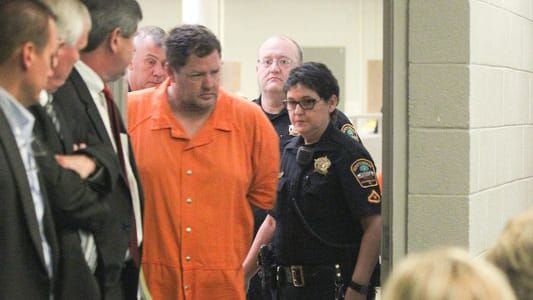 The FBI says a South Carolina serial killer bought his stock of guns and ammunition without a background check.

Don Wood, an agency spokesman, told the Greenville News the FBI’s National Instant Criminal Background Check System has no record of a Todd Christopher Kohlhepp attempting to purchase a firearm.

“That is to say, it does not appear his name was presented to NICS for a background check by a federal firearms licensee,” he said.

Kohlhepp, 45, a convicted felon and registered sex offender, remains in police custody after law enforcement found a missing woman chained up inside a storage container on his 95-acre property near Woodruff, about 80 miles north of Columbia, last week.

The woman, 30-year-old Kala Brown, went missing in August with her boyfriend Charlie Carver. Brown says she witnessed Kohlhepp shoot and kill Carver before taking her prisoner in the storage container for two months.

Law enforcement found three bodies, including remains belonging to Carver, buried on Kohlhepp’s property during its investigation earlier this week. Kohlhepp also confessed to murdering four others at a nearby motorcycle shop in 2003.

A search of his home turned up five guns. Another two handguns and a rifle were recovered from the Woodruff property, according to the FBI.

Kohlhepp’s past convictions would have prohibited him from buying a gun at federally licensed dealer. Investigators aren’t sure who sold Kohlhepp the firearms at this time, multiple media outlets reported.

ATF officials told CBS 7 News it will be their duty to trace every one of the firearms seized in this case, however, they’ve not been called in to do so yet.