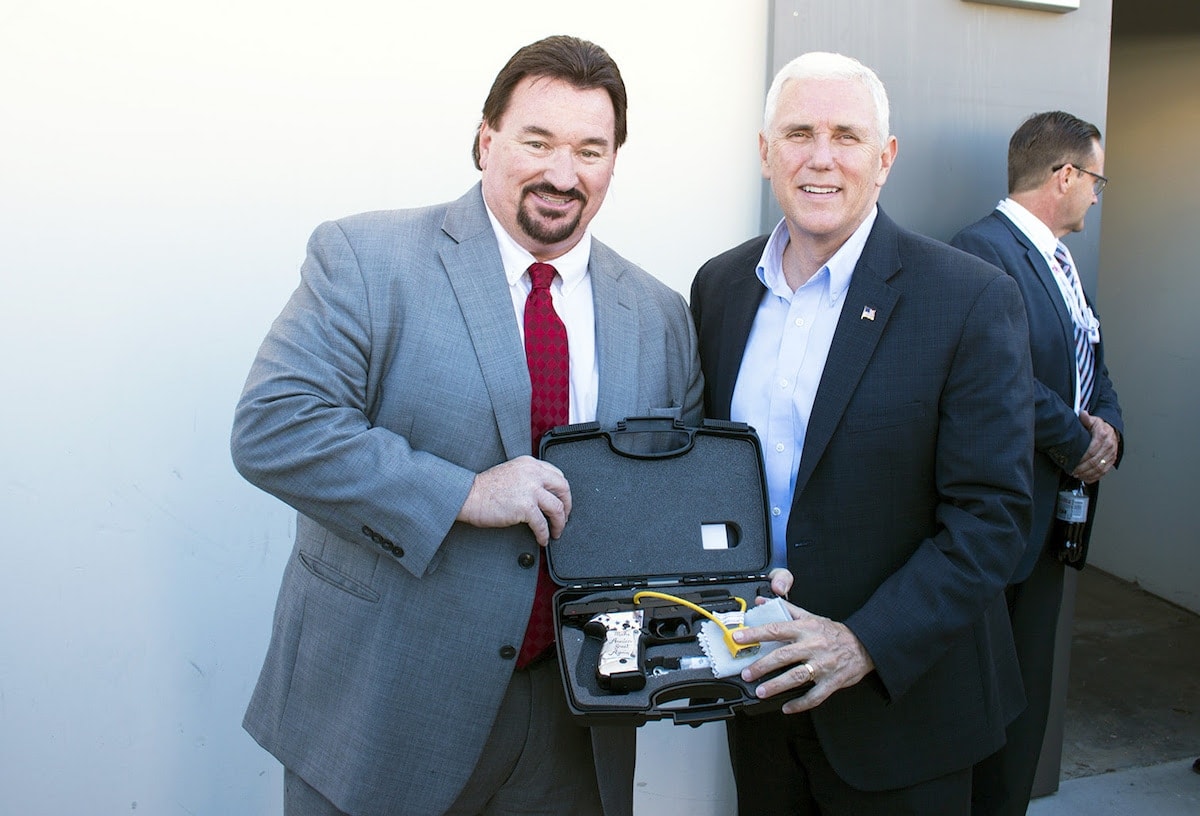 Las Vegas based FIME Group bestowed the Trump-Pence campaign with a custom Rex Zero 1S pistol on behalf of Second Amendment supporters in the U.S. 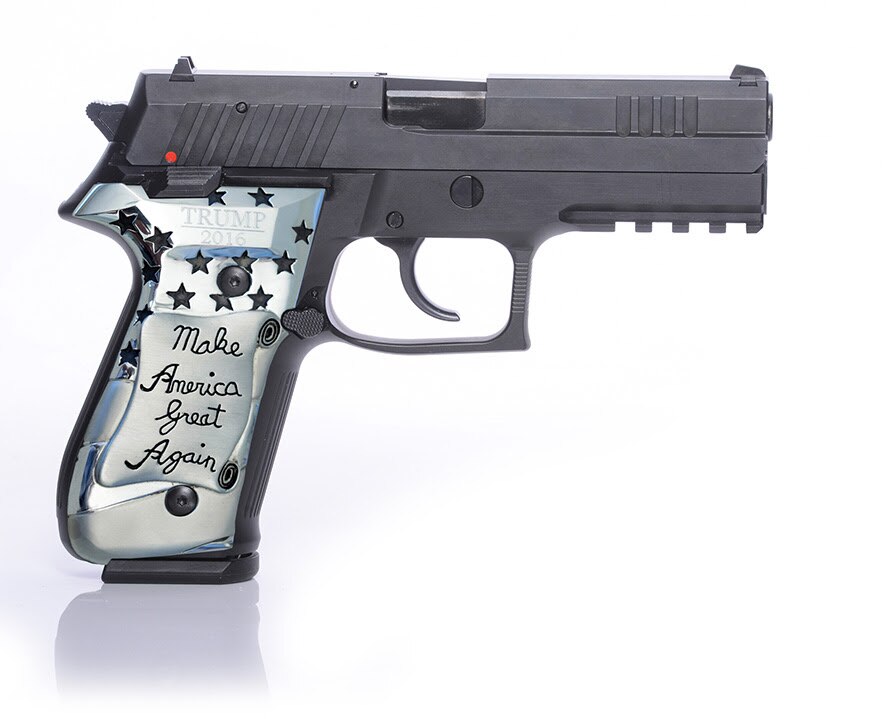 “The Rex Zero 1S handgun, like Mr. Trump, has recently endured a battery of tests and shown its strength and ability to survive and prevail above all others,” FIME Group said in a statement.

The Rex Zero 1S series of handguns hold 17 rounds of 9mm ammunition on a 7.7 inch frame. With a 4.25 inch barrel length and a width of 1.1 inches, the Rex Zero weighs in at 29 ounces. Packed with features such as forward cocking serrations, Picatinny rail, high profile white dot steel sights and a large trigger guard for use with gloved hands the Rex Zero 1S is also rated for +P ammunition.

The non-Trumped up version of the Rex Zero 1S retails for $649 and is available through FIME Group.