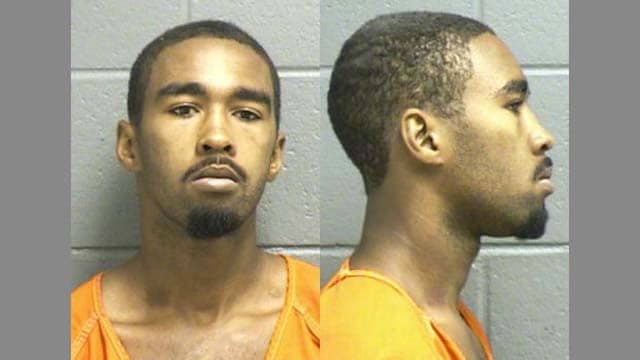 A man was sentenced to 25 years in federal prison Tuesday for attempting to kill a federal agent in Athens, Georgia.

Steven Maurice McKinley, 23, pleaded guilty in August to attempting to kill the undercover ATF agent in September 2014. In McKinley’s plea agreement, he admitted that he met with the agent to sell him a gun and some drugs. In the event of a trial, federal prosecutors were ready to present evidence that showed McKinley had other plans for the transaction.

The ATF agent was working as part of an undercover operation that targeted the illegal sale of drugs and guns in Athens. The agent had arranged to buy an AK-47 or a similar rifle from McKinley, as well as some marijuana for $800. They met at a convenience store, and McKinley convinced the agent to drive down a dirt road nearby.

When the agent stopped the car, Javonta Terrell Darden appeared with a duffel bag. The three walked towards a wooded area, and Darden dropped the bag, which contained sticks and pieces of wood — not a rifle or weed. That’s when Darden pulled a .25 caliber handgun and he and McKinley robbed the agent. Darden ordered him to get on the ground and took $400 from his pocket while McKinley rummaged through the agent’s car.

“Get it all,” Darden told McKinley.

The agent pulled out his Glock 27, .40 caliber service weapon and shot at Darden several times. The two struggled, but Darden, who was wounded, died during the scuffle. McKinley then attacked the agent, took his gun and pistol-whipped him. The agent ran, and McKinley shot him in the back. The bullet tore through the agent’s right shoulder and fragments hit him in the jaw, breaking it.

“It is only through bravery, perseverance and extremely good luck that the agent Mr. McKinley tried to kill is alive and has recovered,” said United States Attorney for the Middle District of Georgia G.F. Peterman, III. “(The actions) of the agent in this case stand as a reminder of the courage and dedication of our law enforcement professionals, who unflinchingly face such perils every day.”

Another man, Dwight Heard Jr., was waiting in a car the night of the meeting, but drove away when he heard gunfire. He pleaded guilty in September to conspiracy to commit robbery and will be sentenced in January.

Since there’s no parole in the federal criminal justice system, McKinley will serve all 25 years of his sentence.