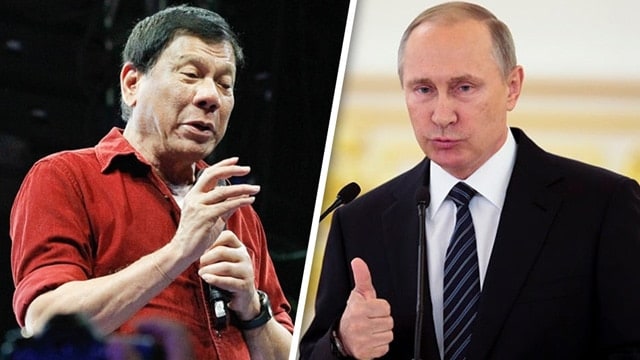 Wednesday morning the world awakened to learn that Donald Trump had won the election to become the 45th president of the United States. World leaders reacted to the news, including Russian President Vladimir Putin and Philippines President Rodrigo Duterte, both of whom have previously had less than favorable relations with the U.S.

Putin congratulated Trump on his win and expressed hope that they could work together to improve Russian-American relations, which was described as in a “crisis” state. Putin also indicated confidence in building a constructive dialogue between the two countries based on equality and mutual respect. Putin said these things would be done for the best interest of the people of their countries and the rest of the world. He concluded his statement with wishes for Trump’s success.

Likewise, Trump previously praised Putin for being a strong leader and said he believed he and Putin could have a “very, very good relationship,” if he won the presidency.

Russia was previously accused of interfering with the U.S. election, something which both Russian officials and Trump denied.

Trump also received congratulatory remarks from Duterte, who in addition wished him long life. Duterte noted that with Trump set to become the nation’s new Commander in Chief, he is now ready to move forward and mend relations with the U.S.

“We are both making curses. Even with trivial matters we curse,” Duterte noted of he and Trump’s infamous lack of a verbal filter. “I don’t want to quarrel anymore, because Trump has won.”

Under the Obama administration, Duterte was criticized for his less than conventional methods for dealing with the country’s out of control drug problem, which he promised the people he would eradicate while in office. More than 2,000 suspected drug dealers have been killed since Duterte took office a few months ago, and some questioned whether civil rights were being violated under Duterte. However, Duterte claims all of the deaths are justified, occurring in the midst of drug deals gone wrong or in the name of self-defense. Following criticism, Duterte fired back at the U.S. for what he perceived as a lack of support.

Duterte told President Obama that U.S. troops needed to get out of his country, then later noted not doing so after being asked showed a lack of respect for Duterte’s country.