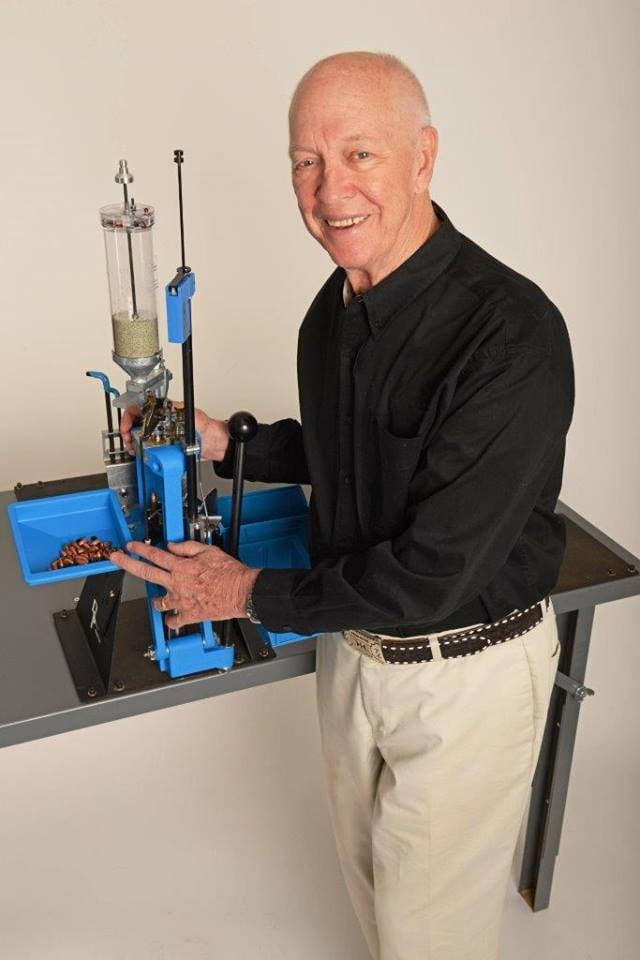 Mike Dillon died on Monday in Arizona. He was 81. (Photo: Facebook)

A man credited with revolutionizing the ammunition reloading industry, Mike Dillon, died this week. He was 81.

Dillon was an aviator and a writer, but was best known for the work he did in the reloading business. “He got into this whole reloading business because he wanted to feed his machine gun and in those days that was no easy task,” reads his company’s website, which notes that Dillon made “the best reloading machines money can buy.”

Dillon was so passionate about machine guns, that he made a video about them. In a promo for “Machine Gun Magic,” Dillon explained how it all began.

“When I was 6 years old and living in Florida, my Aunt Dot went to England as a nurse during World War II,” said Dillon in the video. “Before she left, she promised to bring me back a machine gun, and I was bitterly disappointed when she came home without it. She swears to this day that she had the gun, but they took it away from her when she went to get on board the ship.”

The M134 Minigun was nearing retirement when Dillon took a second look at it in the early 1990s. His work at Dillon Aero, Inc. revolutionized the Minigun, bringing it back to life. The gun is used by the US Army, foreign military forces, and has been a secret weapon in presidential motorcades.

The six-barreled, 7.62 mm NATO round chambered, electrically driven machine gun will make your ears bleed as it fires an average of 3,000 rounds per minute. Dillon Aero is responsible for the M134D variant of the M134, which is produced by several manufacturers.

In addition to his love of machine guns, Dillon worked as a 2nd officer for the TWA for 13 years. He also wrote for Air Progress Magazine. And some credit him with starting the warbird restoration movement of the 1960s, according to his company’s website.

“Mike’s dedication to his family, his customers, and this country was exemplary,” read a tribute on the Dillon Precision website. “We hope to continue the legacy that Mike Dillon worked so hard to build and we will never forget the impact that he has had on us all.”

Dillon died on Nov. 7 in Arizona. He leaves behind his wife Carol, sons Christopher and Stephen, daughter Stephanie, and nine grandkids.