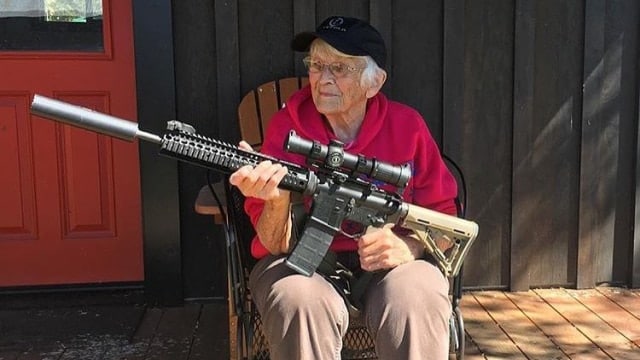 A number of wrinkles, good and bad, could come with suppressor deregulation. (Photo: Gemtect)

With the possible removal of silencers/suppressors from National Firearms Act control, a number of legal questions around the devices emerge.

The current mechanism for change, H.R.3799 — the Hearing Protection Act — is stuck in the U.S. House but would likely see a stronger reboot in the next Congress in 2017. If a new bill gains enough momentum to make it through Capitol Hill and onto the waiting desk of President Trump, it would leave a few things undecided if signed into law with its current language.

Today, some 42 states have legalized suppressor ownership for civilians, several within just the past few years. As the HPA simply removes the items from the purview of the NFA, the states that ban them now can continue to ban them into the future. On the other hand, states that currently allow ownership could move to restrict it should the items no longer be shackled with requirements for tax stamps, registration and extensive waiting periods caused by paperwork.

“It’s no different than the states that prohibit the sale of machine guns or even certain Title I firearms,” Adam Kraut, an attorney specializing in Second Amendment rights with the Firearms Industry Consulting Group, told Guns.com.

While on the outset this fact would seem to hurt the legislation, it largely removes much of the steam from anti-gun lawmakers hailing from states that currently ban suppressors such as California and Illinois and insulates them from a backlash by their local constituents should they not be able to stop it. Subsequent measures at the state level could later add those outlier states to the 42.

One big change the HPA may allow would be that an individual could manufacture a silencer at home for personal use without a Bureau of Alcohol, Tobacco, Firearms and Explosives’ Form 1, provided they lived in a state that allowed them and no law prohibited the maker’s possession of a firearm.

Kraut points out that the current law on making NFA firearms only applies to the NFA’s own definition of a firearm.

“Since a silencer is no longer a firearm under the NFA, if this were to pass, it would no longer apply,” he explained.

One lingering throwback to the NFA, even if suppressors were deregulated, would be the current nearly 900,000 legal suppressors already listed in the National Firearms Registration and Transfer Record (NFRTR). This record, Kraut contends, could be frozen in time if the bill isn’t tweaked.

“I’d imagine the NFRTR would remain intact with regard to silencers and the last stop for them, as far as who they were registered to, is where it will remain,” he said. “The bill has no provision for removing them from the NFRTR. It simply has a provision that states anyone possessing a silencer in accordance with Chapter 44 of Title 18 (the GCA) shall be treated as meeting any registration and licensing requirements of the NFA (which were in effect prior to this bill being enacted) with respect to the silencer.

“Simply put, it appears that if you comply with the GCA (background check, etc.) you are good to go. It does not provide for the update of the NFRTR.”

What about the fees already paid in for tax stamps since the bill’s introduction? On that topic, backers of the legislation are clear.

“The Hearing Protection Act also includes a provision for all people who purchase a silencer between the time the bill is introduced until the day it passes – should you purchase a silencer during that time, you will receive a $200 tax credit to cover the cost of any new silencer tax stamps you pay for,” notes a page on the measure maintained by SilencerCo.

It should be noted that SilencerCo’s CEO and founder, Joshua Waldron, has been named to President-elect Trump’s Second Amendment Coalition of advisors on gun policy.