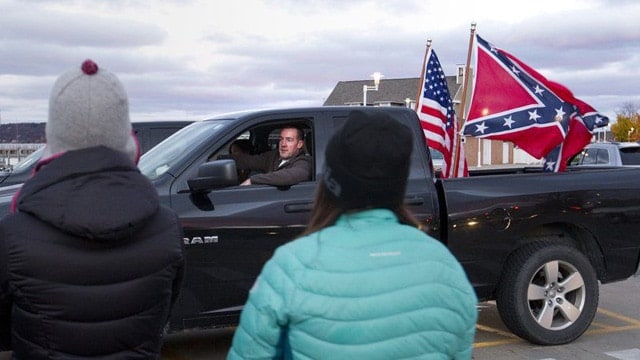 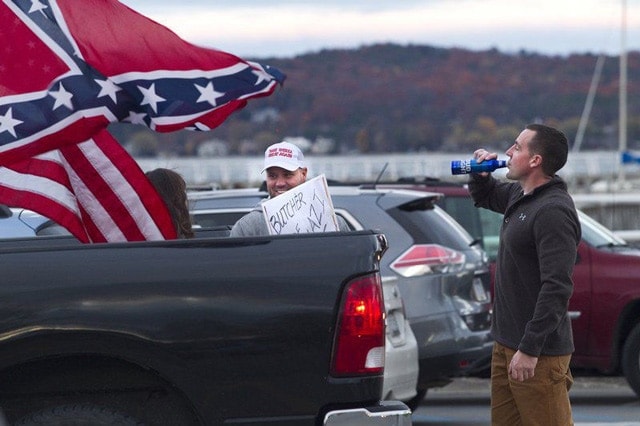 A police officer with the Traverse City Police Department in Michigan was suspended after he showed up at a “Love Trumps Hate” rally Friday with his truck adorned with a large Confederate flag.

Michael Peters, who was off duty at the time, apparently pulled up at the event, parked, then drank a beer. The flag, which accompanied an American flag, drew quite a crowd and led police Chief Jeff O’Brien to receive about 100 emails concerning the officer’s behavior.

O’Brien said he does not condone Peters’ actions, which he called intimidating, and confirmed that the officer has been suspended.

“We hold our officers to a higher standard and the flag incident will be fully investigated,” O’Brien said, noting that the investigation will determine whether Peters broke any laws or violated the department’s code of conduct.