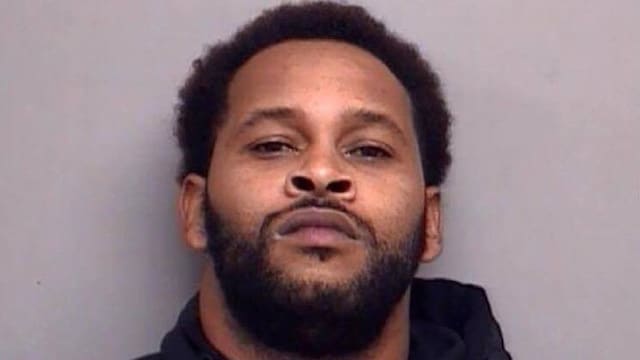 Markus Ugene Lampkins, although likely justified in the shooting, was charged with being a felon in possession of a firearm. (Photo: Henry County Sheriff’s Office)

One man is dead and his brother in custody after the duo tried to break into a home in Martinsville, Virginia, early Thursday morning and was met by the armed homeowner.

The shooting occurred after 28-year-old Michael Graves, of Eden, North Carolina, and his brother, Charles Rydell Flood, Jr. went to the home and Graves forced his way inside, according to a press release from the Henry County Sheriff’s Office.

A local ABC affiliate reported that the brothers had gone to the home to confront the homeowner, 29-year-old Markus Lampkins, about a domestic-related issue. There was a brief confrontation between Graves and the homeowner, during such time Lampkins shot Graves.

After being shot, Graves exited the home, but Flood then opened fire, shooting several rounds at the house and through the closed door. Lampkins called the police, while Graves and Flood fled from the scene.

The deputies who responded to the call from Lampkins found signs of forced entry, including damage to the front door, as well as several bullet holes from where Flood had opened fire.

Around 4:40 a.m., Graves was brought to the hospital in the city where he was living, about 20 miles away, but was pronounced dead upon arrival, according to reports from local media. An autopsy was set to be performed on Graves.

Deputies with the Henry County Sheriff’s Office were already at the hospital investigating an unrelated incident when they took note of Graves’ injuries and soon connected those injuries to the home invasion. As a result, Flood was apprehended and is facing charges for shooting into an occupied dwelling and possession of a firearm by a convicted felon. He is being held without bond.

Although authorities believe he acted in self-dense and charges for the shooting are not likely, Lampkins was charged for being a convicted felon in possession of a firearm. He was also jailed without bond.