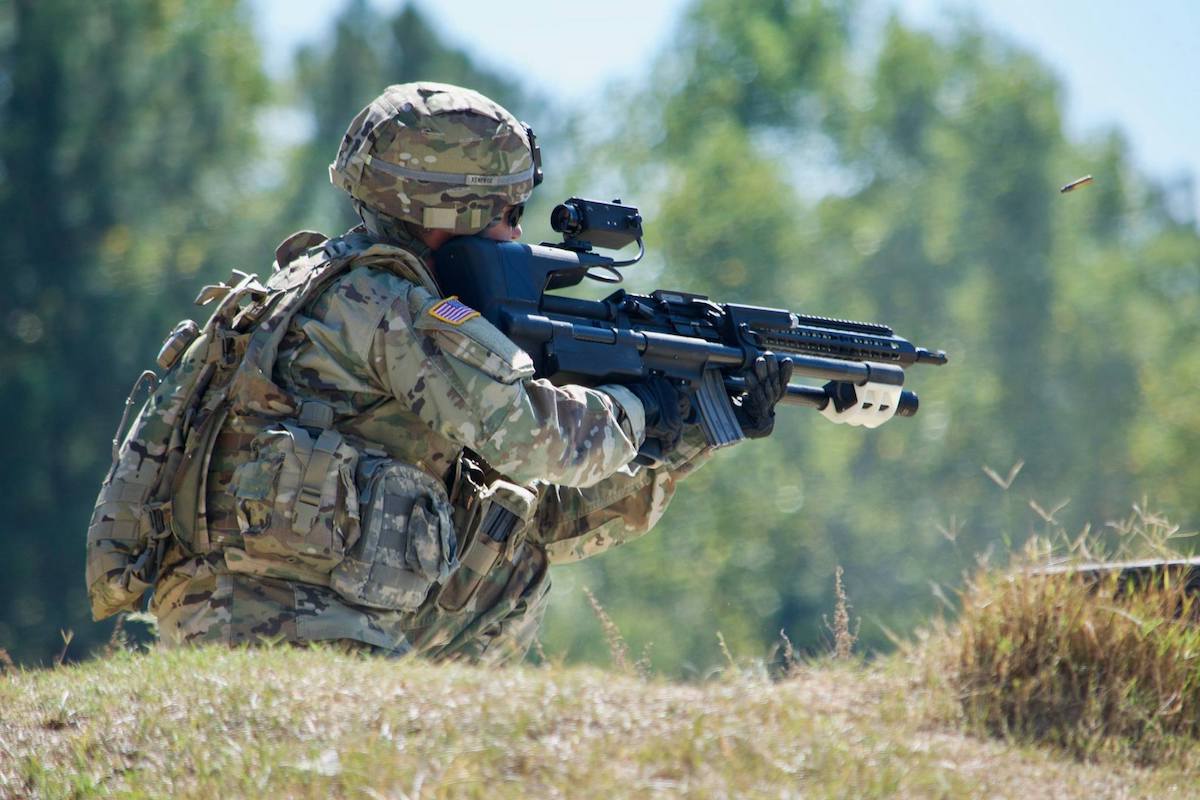 The U.S. Army began its first round of live fire testing on AimLock Stabilized Weapon Platform, which seeks to elevate accuracy through aim stabilization.

Using a complicated system of electromagnetic actuators, independent articulation of parts, and integrated software the rifle visually and physically corrects mistakes made by the operator.

AimLock’s first step in improving accuracy was to change the way the rifle looked in order to minimize shooter contact with key components. The barrel and receiver are completely separate from the carriage that the operator uses to hold the rifle. The division minimizes the physical influence the shooter may have on the rifle during course of operation.

In addition, AimLock Stabilized Weapon Platform features electromagnetic actuators that redirect the rifle’s line of sight. Simply aiming the gun near the target will cause the system to automatically correct mistakes, creating a “snap to target” capability.

The rifle is also equipped with a camera mounted to the front of the rifle that collect real-time data. The system’s ballistic computer software then uses the information to determine the best course of action to correct the shooter’s aim, bringing him or her on target. All camera data is displayed either in a heads-up display or through the optic. 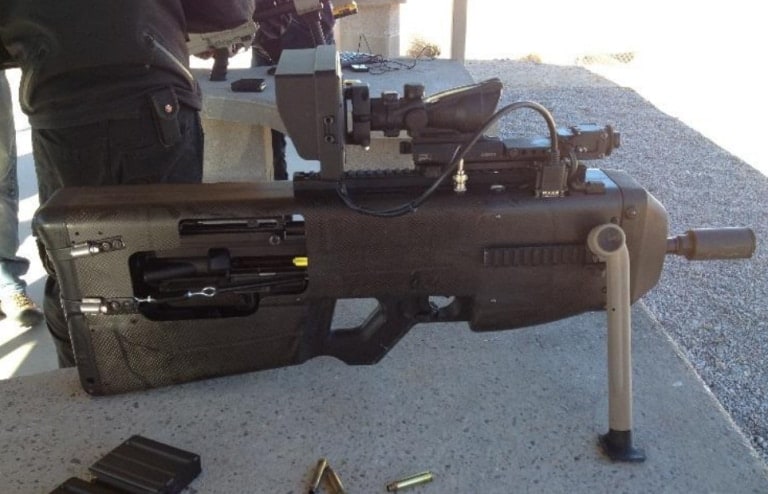 According to the Army, the AimLock could be ideal for operators shooting from moving vehicles or aircraft. (Photo: Popular Mechanics)

While the current prototype is large and bulky, AimLock will eventually ditch the oversized carriage to become a standalone integrated firearm.

While the project is not classified, with the Army even posting about the new weapon on its Facebook page, details are scarce and results of the live fire event held last month in Georgia have not been published.

AimLock is one of 50 technologies currently under development with the U.S. Army’s Expeditionary Warrior Experiment at Fort Benning. The AEWE is part of the Army’s Force 2025 initiative which aspires to develop new technology and strategies for future conflicts.