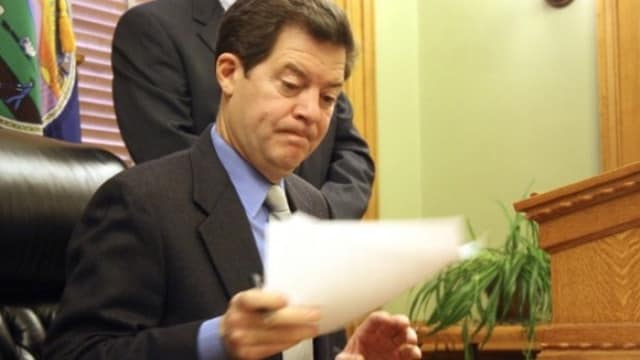 A jury on Monday held that two men violated federal law by manufacturing and selling silencers, brushing aside a Kansas statute that grants exemptions from federal gun control laws.

Last October, an Army surplus store owner, Shane Cox, 44, from Chanute, was indicted by a federal grand jury for violating federal law for manufacturing and selling silencers. According to court documents, Cox advertised his business as a silencer maker despite not having the federal licenses, and mishandled owning and selling suppressors as he didn’t pay special tax or register the items in accordance with the National Firearms Act.

Jeremy Kettler, also of Chanute, was named in the indictment after purchasing an illegal suppressor from Cox. Kettler posted a video to Facebook of him shooting the device, which sparked a visit from federal agents.

Further, Holder clarified that “Under the Supremacy Clause of the United States Constitution, Kansas may not prevent federal employees and officials from carrying out their official responsibilities.”

While the federal government did not move to overturn SAPA in court, the Brady Center to Prevent Gun Violence attempted to in 2014 only to be rejected last year by U.S. District Court Judge Julie Robinson, an appointment by President George W. Bush, who held the gun control group’s case lacked merit.

In the case of unlicensed silencer maker Cox, the federal court refused to entertain any SAPA-based defense.

Then, on Nov. 7, as the case was speeding to trial, Kansas Attorney General Derek Schmidt moved to intervene in the proceedings to make clear that, while SAPA is inapplicable to NFA items, the court should not rule on the constitutionality of the state’s law. In seeking entry to the case at the district court level, Kansas officials would be primed to easier defend their law should the proceeding be appealed to the U.S. Tenth Circuit and finally the Supreme Court and SAPA is brought into question.

While U.S. District Judge J. Thomas Marten agreed that Schmidt’s office could participate if SAPA was further discussed, Cox’s attorneys again sought to dismiss the case the day before trial began, citing the Kansas law and advancing the idea that it held sway under the Tenth Amendment guaranteeing states’ rights.

“These laws are very clear as to their intent. ‘Any act, law, treaty, order, rule or regulation of the government of the United States which violates the second amendment to the constitution of the United  States is null and void and unenforceable in the State of Kansas,'” noted the motion, quoting SAPA. “Likewise, any firearm or accessory made in Kansas and remaining in Kansas is ‘not subject to any federal law, treaty, federal regulation, or federal executive action, including any federal firearm or ammunition registration program.’”

Disregarding the last minute motion, the case went to trial on Monday with ultimately Cox found guilty on eight counts of illegally making and marketing firearms and not guilty in two other counts involving possession of a destructive device.

Kettler was found guilty on one count of purchasing the unregistered suppressor.