Kim Kardashian urged sisters to get involved with gun control 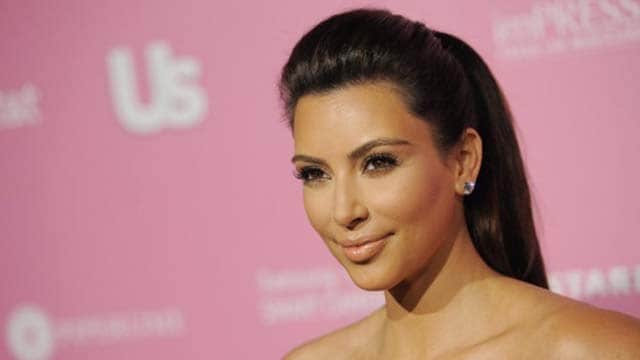 Reality star Kim Kardashian was trying to get her sisters to help combat gun violence even before she was held at gunpoint and robbed in Paris last month.

In Sunday’s episode of “Keeping Up with the Kardashians” that was filmed before the robbery, Kim asked her sisters Khloe Kardashian and Kendall Jenner to go to a lunch with gun violence victims with her. She said she wanted her sisters to “see what they’re all about.”

“I’ve been meeting with Everytown, an organization that is fighting to change all the gun control laws,” Kim told her sisters. “There are so many loopholes in the system and I just feel really passionately about how our gun control laws have to change.”

Kim’s sister Kendall wasn’t ready to jump right in, saying she was anxious about her image.

“I want to do this and I want to be a part of it, but it just makes me nervous what people are going to think of it,” Kendall said. “You don’t know who’s actually going to be for it and who’s not.”

Kendall wasn’t so sure. “I just think I don’t want the attention of someone not agreeing with what I’m saying to take away from the fact that there’s actual gun issues that need to be handled,” she said. “It might bring more harm than good.”

Kim Kardashian was held at gunpoint by five men in her Paris apartment on Oct. 3. They made off with $10 million in jewelry. The attackers haven’t been found.