Trump: Next Justice will be ‘very pro-Second Amendment’ 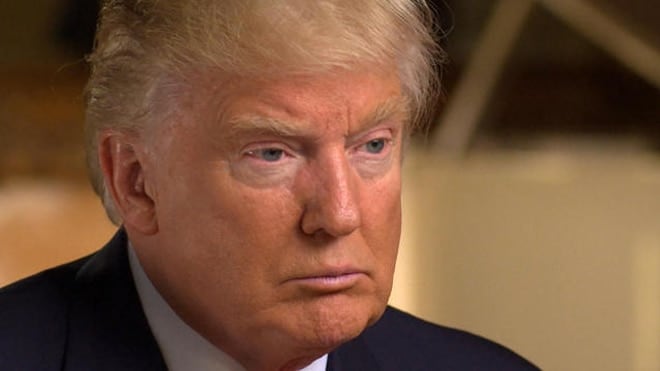 Donald Trump was a bit more soft-spoken during an interview just days after he was elected president. (Photo: CBS)

In his first interview since the election, President-elect Donald Trump reiterated that he will appoint a justice with conservative values to the Supreme Court.

Filling the Supreme Court vacancy has been a priority since Justice Antonin Scalia died for pro-gun groups like the National Rifle Association, which was one of the few mainstream organizations to endorse the divisive candidate. Despite Trump’s use of crude language and statements that conflicted with its own rhetoric while on the campaign trail, the NRA maintained focus on balancing and possibly even tipping the scales of the high court by securing a Trump presidency. The gun lobby spent more than $30 million on his campaign.

On Monday, the NRA’s chief executive officer, Wayne LaPierre, applauded his organization and its members for voting to preserve gun rights. “Our victory in this election is a monumental step toward securing the future of this freedom. Soon, President Trump will nominate a constitutionally sound justice to replace Antonin Scalia on the Supreme Court. Make no mistake: that will be a generational victory for Second Amendment freedom—and you made it happen,” LaPierre said in a video.

The NRA led a roadblock earlier this year of President Obama’s nominee, Merrick Garland, whom the U.S. Senate refused a hearing. Gun groups painted Garland as “the most anti-gun nominee” in history. Yet, some scholars disagreed, describing him as a moderate judge and suggested the stonewall was mere partisan politics. Since it’s unlikely Garland will get a hearing before Trump’s inauguration on Jan. 20, Trump will appoint the next justice, presumably during his first 100 days in office.