2 men shot while trying to rob woman in NJ 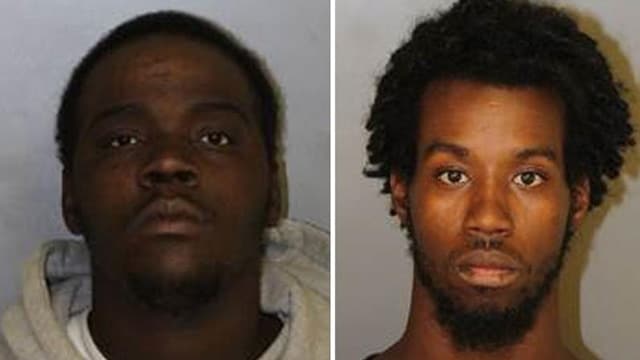 Plans to rob a woman in Newark, New Jersey, Thursday night didn’t go as anticipated for two men when the would-be victim turned the tables on her assailants and shot them both.

The 43-year-old woman, who retired as a detective with the New York City Police Department nine months ago, was walking to her car around 9:30 p.m. when she was approached by the two males, one of whom was armed with a handgun, according to reports.

The suspects accosted the woman and demanded she hand over her cash, but instead of complying, she grabbed her own gun and fired at the suspects, striking them both. The police were called, and while the suspects attempted to flee, they did not get far before responding officers caught up with them.

The suspects, identified by the Newark Department of Public Safety as Tahje M. Hunt, 22, and Brian P. Moore, 27, both of Newark, were apprehended by authorities and transported to the hospital to receive treatment for their gunshot wounds. The suspects were treated and released for non-life threatening injuries, then taken to jail where they were both charged with robbery, conspiracy and possession of a weapon for an unlawful purpose.

At the scene, authorities recovered the gun used in the attempted robbery, which turned out to only be a replica.

The would-be victim was not injured.

In a similar incident last month, a would-be robber was shot in the groin while attempting to rob a tobacco shop in Garfield, about 15 miles away from Thursday’s robbery attempt.

The shop’s owner, who was also a retired NYPD detective, struggled with 27-year-old Louis Pizzi, who was armed with a gun when he entered the shop and demanded money. During the struggle, the shop owner shot Pizzi, who fled from the scene but was later found and apprehended by authorities.

The weapon carried by Pizzi, who has a lengthy criminal history and is a “tier 2” registered sex offender for the sexual assault of two young girls, was later found and determined to be a BB gun.