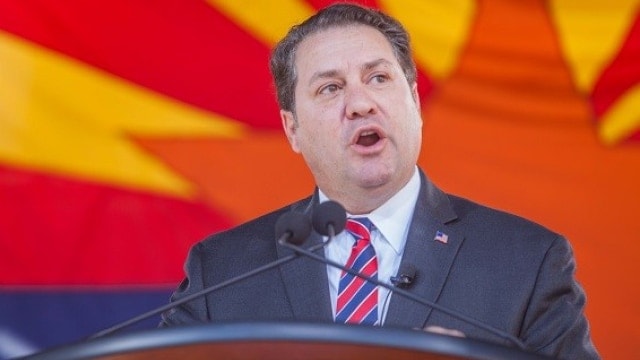 In early October, state Rep. Mark Finchem, R-Oro Valley, filed a complaint with Brnovich arguing the city of Tucson is destroying confiscated and forfeited firearms which, according to a 2013 state law, are public property and should be sold as surplus.

The city responded to Brnovich’s office with a 16-page letter holding Tucson has the authority under its charter to decide how they dispose of public property held by the Tucson Police Department, saying the agency takes in an average of 1,500 guns per year with about 85 percent of that figure being firearms forfeited in the course of criminal investigations. Since 2013, the city has scrapped 4,820 guns under their local guidelines.

On Monday, Brnovich concluded that, while the city’s argument that it is a local matter has some merit, in the end, their ordinance is in direct conflict with state law.

“The State has an interest in preserving the right to bear arms under the Arizona and Federal Constitutions,” reads the report, noting that the city’s destruction of viable firearms wastes resources that could generate revenue and takes guns out of the hands of citizenry who could use them for self-defense.

“As evidenced by its statutes, the State believes that increasing the supply of firearms is in the interest of public safety,” says Brnovich’s office. “Thus, by prohibiting the municipal destruction of firearms, the State has taken a step that it believes to ‘be necessary to protect the health of its citizenry.’ The Ordinance infringes upon this interest by eliminating a lawful source of firearms in the state.”

Brnovich has not made it clear whether he will seek legal action against the city and, as reported by The Arizona Daily Star, city leaders will likely wait and see if he does before deciding their next step.