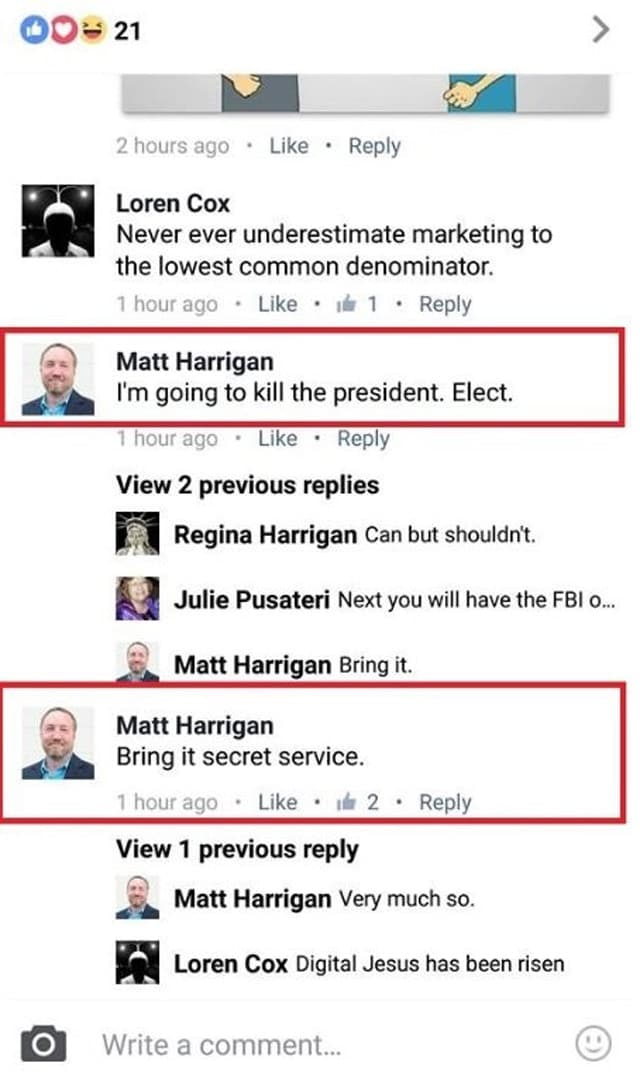 The former CEO of PacketSled, a California-based tech company, decided to call it quits after he received sharp criticism over a Facebook rant in which he said he would kill president-elect Donald Trump.

After saying he was “going to kill the president. Elect,” Matt Harrigan went on to say, “Fuck you America” and a few other choice words.

But after the company that dishes out his paychecks was made aware of Harrigan’s behavior, his tone changed and he claimed he was just joking around.

“Anyone who knows me, knows that I do not engage in this form of rhetoric with any level of seriousness and the comment most certainly does not represent my real personal views in any regard. I apologize if anything that I said was either taken seriously, was offensive, or caused any legitimate concern,” Harrigan later wrote.

“PacketSled takes recent comments made by our CEO, seriously. Once we were made aware of these comments, we immediately reported this information to the secret service and will cooperate fully with any inquiries. These comments do not reflect the views or opinions of PacketSled, its employees, investors or partners. Our CEO has been placed on administrative leave,” the company said in a statement.

Soon thereafter, Harrigan submitted his resignation, which was promptly accepted.