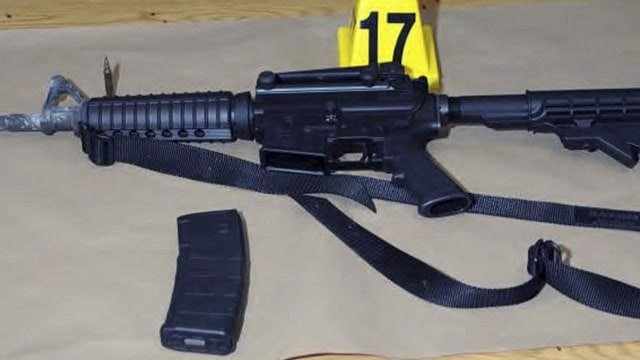 This Bushmaster rifle was found inside Sandy Hook Elementary School after the shooting on Dec. 14, 2012, in Newtown, Connecticut. (Photo: Connecticut State’s Attorney)

Families of those killed in the Sandy Hook massacre asked a Connecticut court on Tuesday to hear an appeal on the ruling that dismissed their case against companies involved in the making and selling of the gun used in the attack.

The 11 plaintiffs have asked the Connecticut Supreme Court to examine the scope of the state law regarding negligent entrustment and how it could apply to the circumstances and technology of today, according to reports.

The families argued Remington Arms, its subsidiary Bushmaster Firearms, and the distributor and retail shop that sold the gun acted negligently by marketing and selling military-style rifles to civilians. But the court sided with the defendants in their request for dismissal by citing a federal law that protects gun makers from civil liability suits in cases of criminal acts.

Yet, legal strategists said the court left room for an appeal since the federal law, the Protection of Lawful Commerce Act, doesn’t apply if the gun sale violated a state law like the one cited in the case. Plaintiffs claimed selling the gun to the gunman’s mother violated a Connecticut consumer protection law that regulates deceptive advertising.

The gunman in the incident used a Bushmaster AR rifle to murder 20 first-graders and six educators at the Newtown, Connecticut, elementary school on Dec. 14, 2012, before taking his own life.