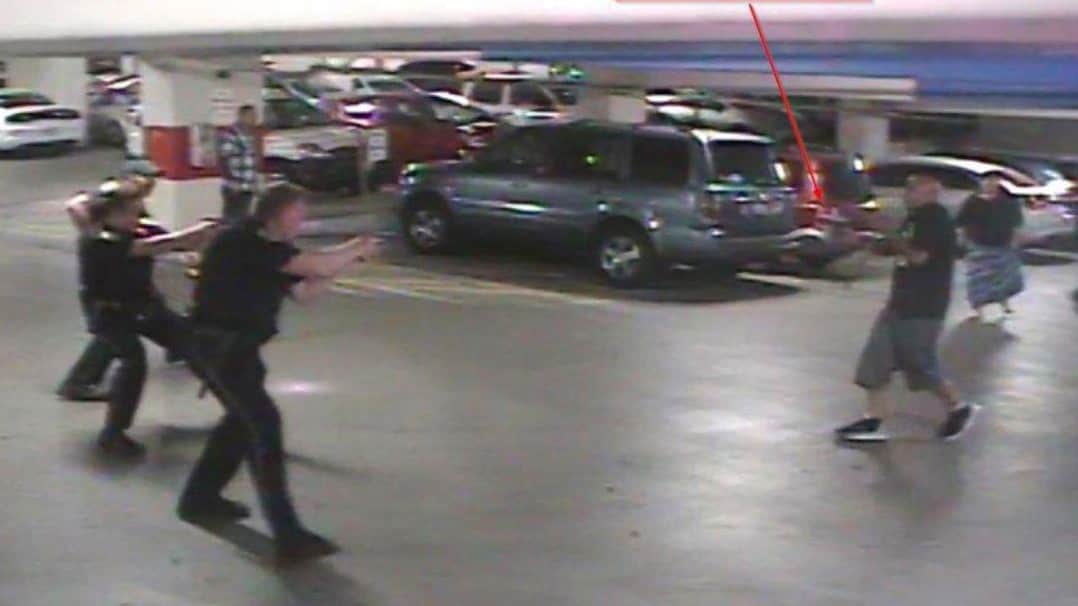 Hicks’s 40-page report details the investigation into the shooting of Arthur Richardson Jr. at the Silver Legacy Resort Casino parking garage in June 2015.

According to the investigation, a taxi driver called emergency dispatchers in the early morning hours of June 21 to report Richardson pointing a silver handgun at another man outside of the casino.

Three Reno police officers — Christopher Good, Aaron Flickinger and Wesley Leedy — responded to the call and tracked down Richardson as he walked back to his motorcycle, parked in the casino’s garage.

According to the officers and multiple witnesses, Richardson ignored commands to stop and raise his hands. Instead, he pulled a .45-caliber silver handgun from his waistband and aimed it at the officers, who fired off 14 rounds in response.

None of the shots killed Richardson.

Later, according to the report, Richardson told detectives he wanted to die so he wouldn’t have to go back to jail.

“The part I remember, you’re talking about the shooting was obviously I had a gun on me,” he said. “And I knew if I got stopped by the police I’d be in big trouble because I’m a felon. So when they said ‘stop and put your hands up’ I knew it was either jail or I knew it was a bunch, enough to kill me, you know. So I chose for them to try to kill me and obviously that part didn’t work.”

Richardson plead guilty in December to assault with a deadly weapon, being a felon in possession of a firearm and aiming a firearm at a human being. He is currently serving a six-year sentence and will be eligible for parole after 28 months.

At his sentencing hearing, Richardson expressed remorse for his actions, saying “suicide by cop is not only a vulgar term, it’s a vulgar idea. It disgusts me every time I think about it.”

Leedy, an ex-helicopter pilot for the Army National Guard, told the Associated Press Monday he would “never forget” Richardson’s plea to just let him die as he put pressure on his gunshot wounds that night in the parking garage.

“When I take off that [Army] uniform and put on a blue uniform, it doesn’t matter what I do or what life-saving efforts I provide on a daily basis, many people believe we are truly racially motivated and corrupt,” he told the Associated Press. “I hope this helps show there are good officers in this town trying to make a difference.”