Father of 3 gunned down outside of Atlanta bar 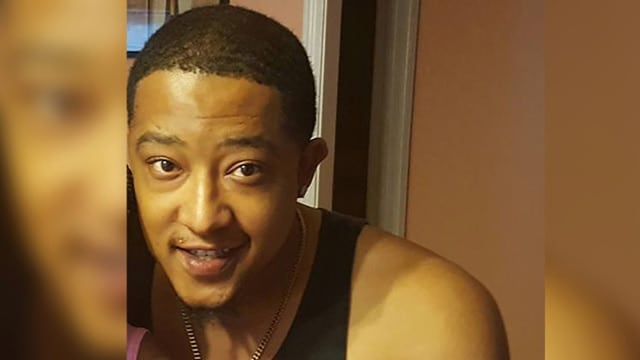 Mitchell Mormon, Jr. was described as a loving father who was excited about his new job. (Photo: Facebook)

An argument outside of a popular Atlanta bar early Saturday morning left one man dead and the woman he was with injured after the suspect shot them both.

The parents of 32-year-old Mitchell Mormon, Jr. said their son was out that night celebrating a new job. Mitchell’s mother, Gloria, told reporters he was excited because it was a good job and would provide nicely for his three children.

Mormon was with Shaunita Walker when the shooting occurred around 3 a.m. at the Church Bar. Walker said they were standing outside, as the bar was closing, but when she walked back inside to retrieve her phone, she passed the suspect and he made a disrespectful comment toward her.

“And Mitchell was like, ‘What did he say to you?'” Walker recalled.

The two men then started to argue, and at some point, according to Walker’s account, Mormon said to the suspect, who is Hispanic, something to the effect that he voted for Trump and the suspect would be gone in a week. From then, the argument escalated, but eventually the suspect walked away.

However, the incident was far from over.

Walker said the man walked around the corner, then returned with a gun and started shooting. The first shot struck Walker in the arm. She said she grabbed her arm and started screaming, but then heard two more shots and saw Mormon fall to the ground.

After that, Walker said, everything was just a blur, but she remembered screaming, “Somebody please help us!” and trying to calm Mormon, telling him to just breath. 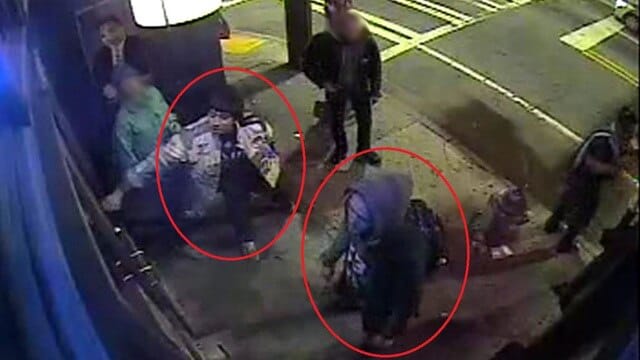 Surveillance video showed the shooter – on the left, wearing the white jacket – and a friend. (Photo: WSB-TV)

Walker is expected to be OK, but Mormon died as a result of his injuries.

No one is in custody at this time, but surveillance video outside of the bar captured images of the suspect and another man he was with. Officials didn’t say whether the shooting was also captured on video.

Walker called the shooting senseless and horrible. She said she doesn’t think the Trump comment led to the shooting, but rather she felt the suspect was intent on causing chaos from the very start of the incident regardless of what was said.

“A person that would shoot somebody down like that in the street don’t need to be out,” said Mormon’s mother.