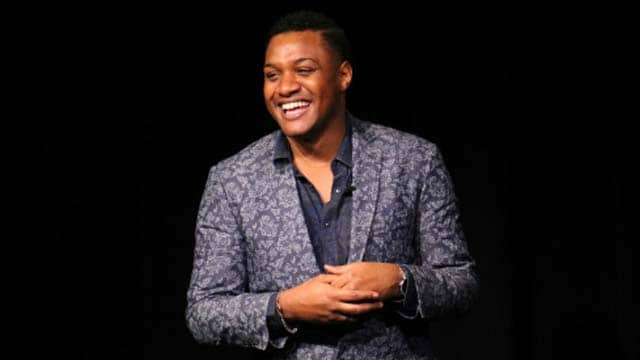 Ernest Owens is a gay black man living in Philadelphia, and he says violence in the wake of Trump’s victory has him thinking about gun ownership. (Photo: Ernest Owens)

Columnist Ernest Owens said post election hate has him thinking about buying a gun, according to his piece in Philadelphia Magazine.

“Being black and gay, I no longer feel safe from the hate that’s running rampant across the country,” said Owens, who edits Philly Mag’s G Channel and contributes to BET and USA Today.

Owens justified his reasoning on the KKK’s endorsement of President-elect Donald Trump, and that he’s watched as students at his alma mater have been invited to “daily lynchings.” He described Trump’s rhetoric as echoing Adolf Hitler’s, and he said he can’t trust the Philadelphia police who endorsed Trump to protect him.

“And for all those reasons above, I’m seriously considering buying a gun,” said Owens, who considered himself anti-gun before due to the city’s history of gun violence.

“I never thought I would need a weapon, because I used to think there was enough sensible law enforcement and common sense in the world to keep me from needing one,” he said.

Growing up in Houston, Owens said he saw plenty of good examples of people owning guns. He said he isn’t an anti-gun liberal changing his tune, but rather he never felt he needed to arm himself.

Being black, he said he realizes gun ownership might make things worse for him, but he thinks not having a gun is riskier in Trump’s America.

“Let’s not forget that this was the same candidate who promised to pay the legal fees of a white man who sucker-punched a black protester at one of his rallies,” Owens said.

If the violence doesn’t die down by Trump’s inauguration, Owens said he’s buying a Kel-Tec PMR-30. “I never thought that I would ever need a gun in my lifetime — but then again, I never thought a Trump presidency would ever happen,” he said.

He signed off with a quote from Malcolm X, a man he said has the best advice for people of color during a Trump presidency. “Be peaceful, be courteous, obey the law, respect everyone; but if someone puts his hand on you, send him to the cemetery,” said X.

“Here’s to hoping it never comes to that,” Owens said.