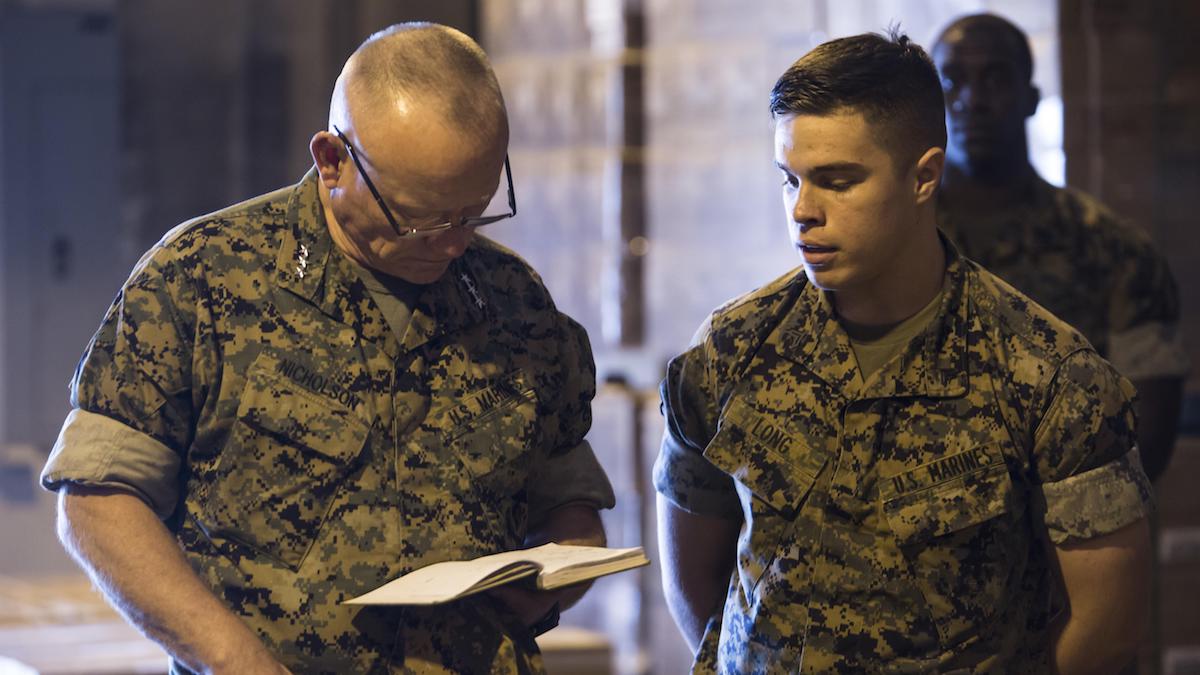 A tweak on the body armor already provided to soldiers in the field, Long created a tear-proof package that rests under flak jackets. The packet contains a blood clotting and pain-killer cocktail that aims to treat shock and provide immediate first aid.

“The whole point of this is immediate first aid,” Long told the U.S. Department of Defense.

Long’s insert would sit behind the Small Arms Protective Insert that rests under most flak jackets. The ceramic body armor is rated to stop small arms rounds; however, the SAPI doesn’t always prevent multiple bullets from penetrating.

In the event a round makes its way through, Long’s packet seeks to buy solders a little more time before medics make it on scene.

Long submitted the idea as part of the U.S. Marines’ 2016 Logistics Innovation Challenge. The competition sought to leverage ideas to promote advancement and ingenuity in the areas of readiness and logistics. The challenge received over 300 entries with only 17 selected as winners.

Winners get the honor of recognition as well as the opportunity to work with sponsored government-affiliated laboratories to prototype, test and implement their projects.

Long was one of those lucky 17 who will see his idea come to life.

Long’s Battalion Commander, Lt. Col. Dan Salm, said he was excited to see Marines stepping up and pitching in ideas that could shape the future of the Corps.

“I know their ideas are fantastic and it is going to transform logistics by leaps and bounds,” Salm told the Defense Department. “Marines today have knowledge that can change the future of the Marine Corps and the way it operates.”