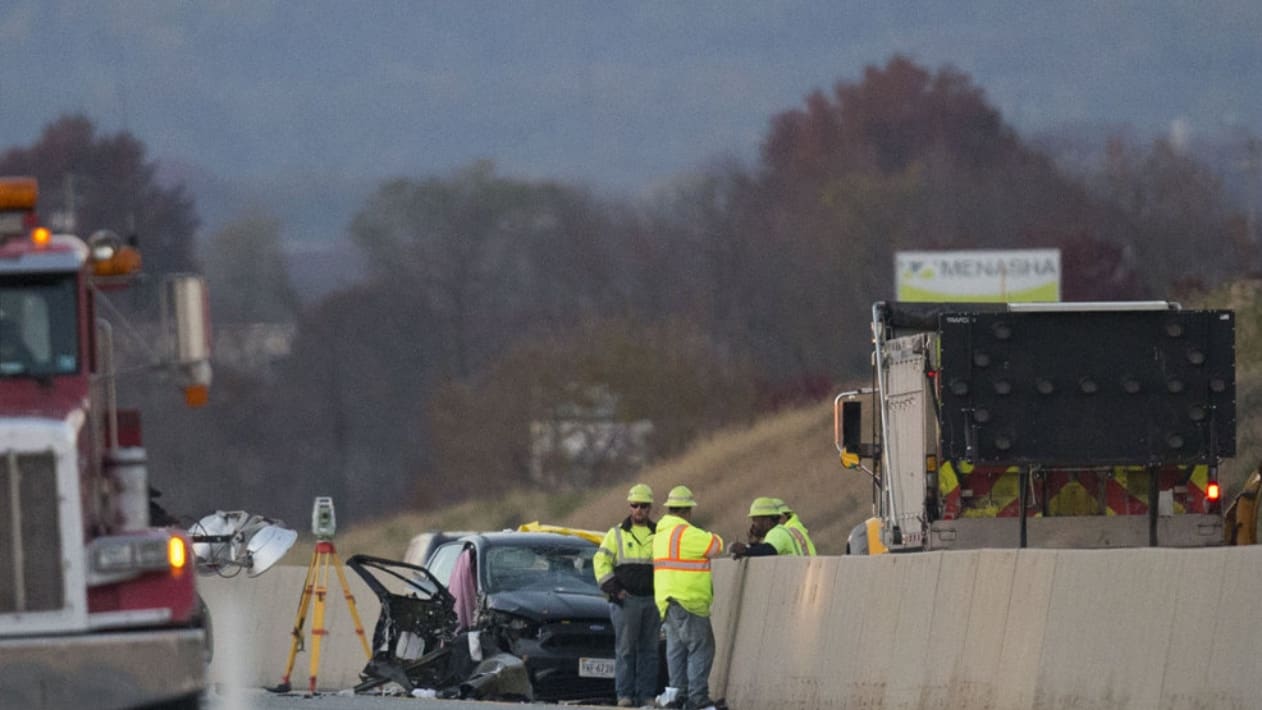 A Pennsylvania State Police Trooper shot and killed a motorist on I-83, in York County Nov. 15, 2016, during a traffic stop after the driver struck and dragged the trooper for a third of a mile. (Photo: Mark Pynes/PennLive)

A Pennsylvania state cop killed a Virginia man Tuesday after he tried to crush the officer against a concrete barrier on the interstate with his car.

A Pennsylvania State Police spokesman told local media outlets 25-year-old Rasheem Singletary, of Petersburg, Virginia, died after an unidentified officer shot him as he clung to the side of Singletary’s black sedan Tuesday afternoon on Interstate 83 near Harrisburg.

The officer tried using his taser against Singletary before he opened fire, killing him. Singletary’s vehicle crashed into the back of a tractor-trailer and the officer was able to escape without life-threatening injuries, said Cpl. Ryan Lawrence, a state police spokesman, in a video released by the York Daily Record.

“He’s a highly trained trooper, and he did exactly what he needed to do,” Lawrence said.

The York County District Attorney said Wednesday he will investigate the shooting to determine if it was justified, according to the York Daily Record.