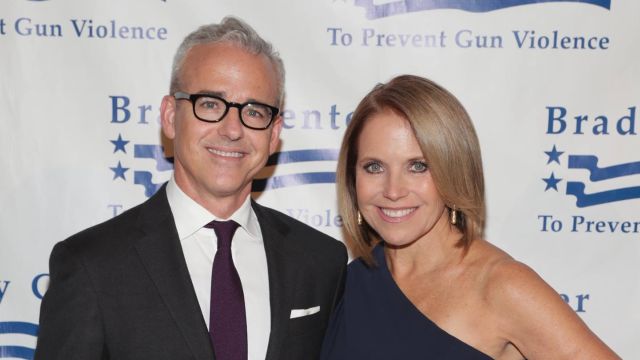 After calling on readers to blitz lawmakers in Congress for tougher gun laws, the Brady Center this week bestowed its annual “Bear Award” to People’s Editorial Director Jess Cagle.

This year, Katie Couric and Paul Weiss picked up awards in addition to Cagle at a gala held at Cipriani in New York City. Couric was honored for her controversial gun control documentary that has been widely panned by gun rights advocates as being skewed.

People, who has never been very gun friendly, switched briefly from their typical buffet of celebrity gossip and general human interest stories to go full tilt on the subject of gun violence last October, urging their 3.5 million readers to get involved in politics.

“We need to know that our representatives in Washington, D.C., are looking for solutions and not giving up, and they need to know if we agree or disagree with their strategies,” wrote Cagle above a list of all 535 voting members of the U.S. House and Senate. “Let’s make sure they know that from now on, ‘routine’ responses just won’t cut it.”

The call earned him the respect of the Brady group.

“Jess Cagle is extraordinarily deserving of this honor,” Brady President Dan Gross, who presented Cagle with the Bear Award on Tuesday, told People. “We need to make this a defining issue in popular culture and show that there are voices coming from all corners of society. Nobody embodies that more than Jess Cagle and the work that People Magazine has done.”