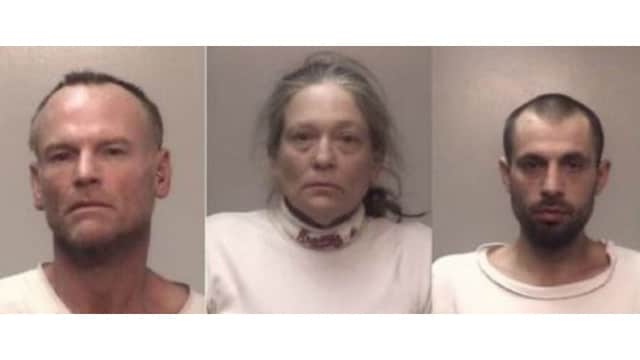 Three would-be burglars were thwarted by a 78-year-old woman with a gun Friday. They were captured and charged. (Photo: Newton County Sheriff’s Office)

Police say Sabra Elaine Stiehl was about to take a nap on Friday when she heard a noise. She grabbed her Browning high power pistol, loaded it, opened her bedroom door, and found two men in her hallway. The men were stealing furs and tools from Stiehl, but when they saw the gun, they ran. They got into a waiting Ford Explorer and sped off.

“I don’t know why they selected that house, but they picked the wrong one,” Colonel James Yarbrough from the Coweta County Sheriff’s Office said.

Police say they found two guns, one stolen from another state, as well as power tools and furs in the getaway car.

The trio are in custody at the Coweta County Jail, about 40 miles southwest of Atlanta.