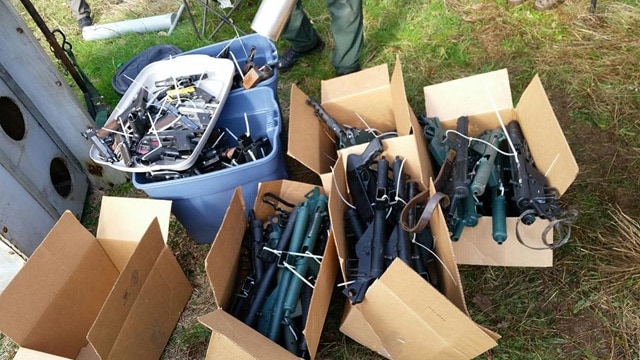 Deputies with the Cowlitz County Sheriff’s Office in Washington arrested eight teens in connection to a burglary and theft of firearms, but now the victim may also face charges because he was not in legal possession of the guns.

Because the investigation is ongoing, the sheriff’s office has used discretion with the release of details surrounding the case, but confirmed in a news release Wednesday that more than 50 of the stolen firearms – some of which are fully automatic – had been recovered. However, a number of stolen guns had already been sold or pawned. In addition, the suspects destroyed several of the stolen guns. Other stolen items – such as knives and watches – were also recovered at the same location.

The names and ages of the suspects, as well as their charges, are as follows.

During the course of the investigation, Deputy Riley McNeal discovered the victim, who is in his 80s but his name has not been released, is a convicted felon and therefore prohibited from possessing firearms. McNeal also learned that the victim still possessed nearly 400 firearms that had not been stolen, but were seized by the sheriff’s office. Some of the seized guns were fully automatic and others appeared to be homemade. 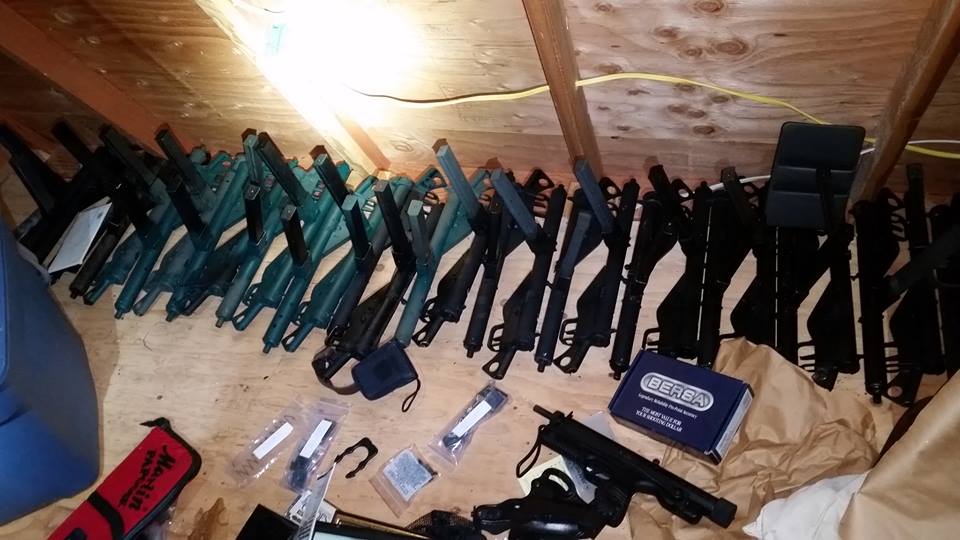 “We do not know why the victim had this extensive of a collection,” the release stated, “But it appears it was simply that – a collection.”

The sheriff’s office stated there was no evidence to suggest the victim had any criminal intent, but also noted, “There is much more work that needs to take place on this investigation.”

Authorities have not determined at this point whether the victim will face any charges.