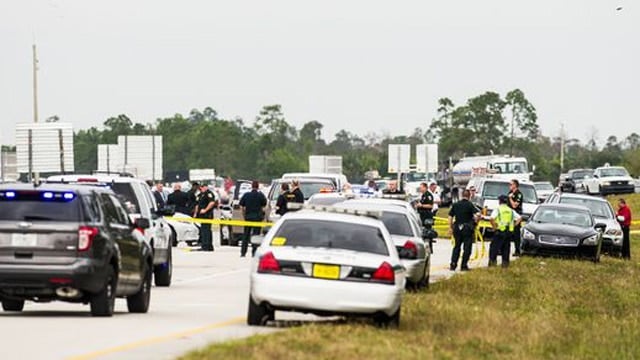 Witnesses say the suspect was driving at speeds in excess of 100 miles per hour when the deputy tried to pull him over. (Photo: News-Press)

The good Samaritan who shot and killed another man who was brutally beating a Lee County sheriff’s deputy on an Estero, Florida, highway Monday morning now has a new gun thanks to a Fort Myers gun shop.

Deputy Dean Bardes initiated a traffic stop after Edward Strother blew past him at a high rate of speed. But when Strother eventually stopped, he exited the vehicle and attacked Bardes, threw him violently to the ground and repeatedly punched him.

When the good Samaritan came upon the scene, he stopped his vehicle and exited with his gun drawn. The man warned Strother multiple times to get off of the officer, but when Strother refused to comply and continued beating Bardes, the man fired three shots, fatally striking Strother.

Bardes was injured, but survived, and many say it’s thanks to the good Samaritan’s actions.

But the man’s gun was taken for evidence while the investigation is underway. It’s a routine move, but the owners at Shoot Straight in Fort Meyers did not want the man left without protection. So, Mark Williams, who has managed the gun shop since it opened six years ago, contacted the sheriff’s office to make arrangements to give a gun to the good Samaritan, according to the News-Press.

“We wanted to donate a gun so this man’s not unarmed,” Williams said.

The good Samaritan went to the gun shop and walked away with a brand new Springfield XDS, which retails for around $500.

Williams described the good Samaritan as a “super nice guy” who is soft-spoken, well-mannered, and doesn’t want any attention over the incident.

“The sheriff is calling him a hero,” Williams added.

In fact, Lee County Sheriff Mike Scott published a Facebook post thanking the man for what he did, along with a photo of the attack, which was provided by a witness. Scott also thanked Shoot Straight for replacing the man’s gun. 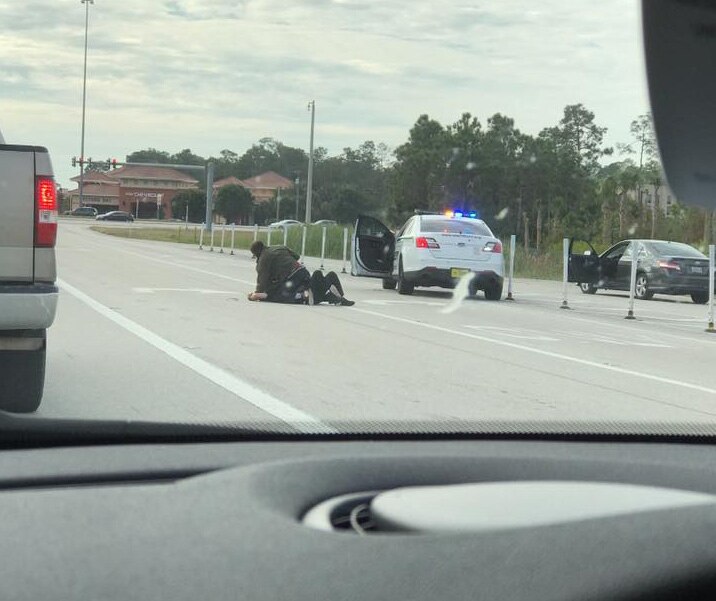 A photo taken by a passerby shows the suspect on top of the deputy during the attack. (Photo: Lee County Sheriff’s Office)

“Above all, I thank the hero that recognized the imminent threat, rushed to Deputy Bardes’ aid, and ultimately stopped that threat,” Scott wrote.

“In a day and age where race is a near-instant focus for media and other pundits in police incidents,” Scott continued, “the fact is that this hero happens to be a man of color who stopped another man of color from further harming or killing a white cop; thereby reminding us that black lives matter, blue lives matter, and indeed all life matters. We at your Sheriff’s Office remain proud to serve and focused on the mission.”