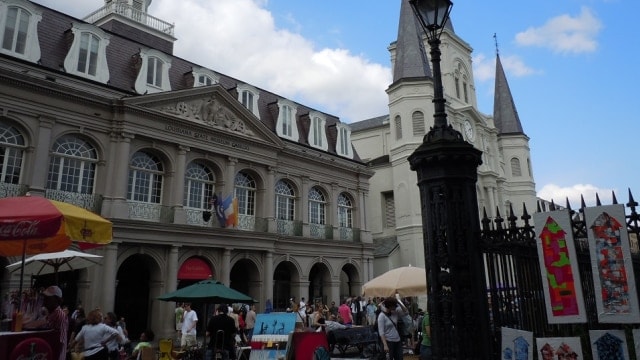 Though a mecca for tourists from around the world, New Orleans has a high murder rate and a ban on Taser ownership and use. (Photo: Chris Eger/Guns.com)

A Louisiana man on Thursday filed a federal lawsuit against the City of New Orleans’ ban on stun guns contending they are protected arms under the Second Amendment.

Crescent City resident John Ford wants to buy and own a taser for self-defense in a city whose per capita murder rate is among the highest in the nation. However, New Orleans has a ban on owning and carrying a stun gun or a Taser, making the devices unlawful except for police use despite the fact that they are legal under state law and can be carried without a permit.

As such, Ford filed suit in federal court against New Orleans Police Department Superintendent Michael S. Harrison in his official capacity this week, hoping to strike the ban.

Attorneys for Ford argue that, going back to the 1939 Miller case, and more recently Heller in 2008 and the Supreme Court’s treatment of the Caetano case this year laid the framework for the challenge.

Caetano is also cited heavily in a complaint filed by Second Amendment advocates in New Jersey against the Garden State’s ban on stun guns in August as well as a Washington, D.C. case earlier the same month. Since then, D.C. has reversed its ban while the New Jersey Attorney General last week has signaled his state’s prohibition is unconstitutional.

“Basically in Heller the court said that Second Amendment rights pertain to ‘all bearable arms,'” Ford’s attorney Alan Beck told Guns.com on Thursday.  “So the language is already there, in Heller, and was extrapolated on by the Supreme Court in Caetano to find that stun guns fall under the scope of Second Amendment rights because they are in common use and they are obviously bearable arms.”

Stephen Stamboulieh of Mississippi and Jeffrey P. Berniard of Louisiana also represent Ford. Beck and Stamboulieh, it should be noted, are also on the legal team suing to end New Jersey’s ban.

The plaintiff is seeking to overturn New Orleans’ prohibition as well as court costs and legal fees.

Coincidentally, on Thursday the editorial board of USA Today came out in favor of repealing stun gun bans as a whole, holding up the case of Jaime Caetano as an example.

“Several states and cities that ban stun guns, including Hawaii, New York, Rhode Island, Baltimore, New Orleans, Philadelphia, and Tacoma, Wash., would do well to take a hint from the Supreme Court,” noted the publication. “Not only are the devices protected by the Second Amendment, but there is a public safety case for them.”