Oregon judge charged with giving a gun to a felon 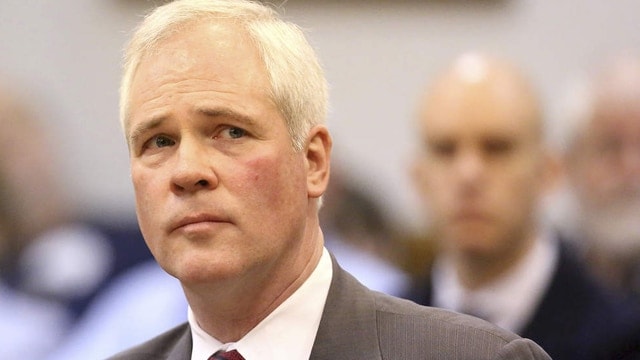 A circuit court judge in Oregon was arraigned Thursday on felony gun charges that allege he provided a felon with a gun.

Marion County Circuit Judge Vance Day is accused of allowing Navy SEAL and convicted felon Brian Shehan to handle a gun on two occasions. The indictment also claims Day used his position to try to gain a benefit, which is a misdemeanor.

“Judge Day is innocent and is looking forward to defending himself at trial before a jury of his peers,” said Day’s attorney, Michael De Muniz.

Day’s friend and former spokesman Patrick Korten said it was “a terrible miscarriage of justice.”

“It is a case of the Oregon Democratic liberal establishment trying to track him down, run him down and destroy him and his career,” Korten said, according to the Statesmen Journal. “It’s just appalling.”

Day is a Republican and was appointed to the bench in 2011 by Gov. John Kitzhaber. In 2012, he was elected to a six-year term. He made headlines in 2015 when he refused to marry same-sex couples.

Day is trying to convince his state’s supreme court that he should be able to keep his seat. Findings from the state judicial fitness commission earlier this year recommended Day be removed from his duties for ethics violations. That case is separate from the criminal proceedings and is pending before the Oregon Supreme Court.

Day’s been ordered to work from home during the criminal case. If convicted, his job could be at risk, though he wouldn’t be automatically disqualified.