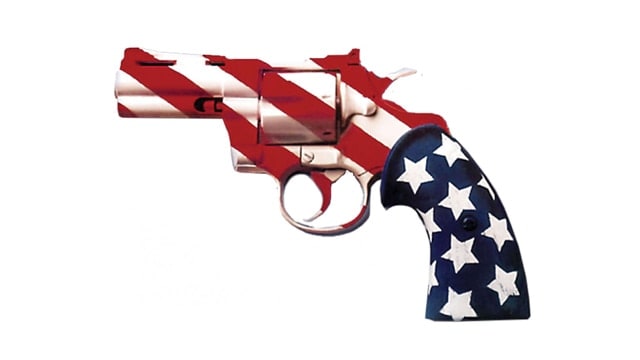 The Dallas Morning News says now that gun friendly Donald Trump is about to be in control, it’s time to seriously talk about the regulation of guns. (Photo: Brady Campaign to Prevent Gun Violence)

The editorial board at the Dallas Morning News has published a piece that says America’s inability to even talk about gun regulations is “literally killing us.”

“The election of Donald Trump has given this country an unexpected opportunity — some breathing room to talk about gun violence without anyone fearing that Congress might delete the Second Amendment or the White House could send troops to the door to confiscate our rifles,” reads the editorial.

Citing a gun related death every 15 minutes in America, and the fact that, “even adjusted for population size, guns are astoundingly more likely to be the cause of death here than elsewhere,” the newspaper says it’s time to talk about the numbers.

After massacres, liberals “shout for new controls … sometimes acting as if the Second Amendment doesn’t exist.” Conservatives use the amendment as a battle flag, “digging in their heels around an absolutist view of gun rights in this country that is dangerous, disingenuous and relatively recent.”

Some laws are too restrictive, the paper says. But not all of them.

“Whether it’s a mass shooting like in Orlando, or a tragic accident in your neighbor’s backyard, we’ve got to be able to talk about how to prevent such deaths,” reads the editorial. “And to do it without the instant and ungrounded charge that such talk presents a clear and present danger to the Second Amendment.”

“It’s our job, all of ours, to launch those conversations to start testing which proposals make sense, which will make us safer, and which might do more harm than good.”