U.S. Marshal dies in gun battle with fugitive in Georgia 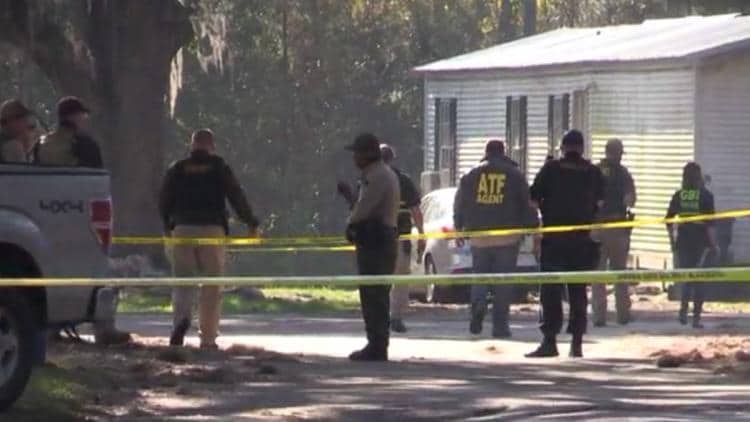 A fugitive opened fire on police who were serving an arrest warrant on the suspect accused of attempting to murder officers in South Carolina. (Photo: WSAV-TV)

A fugitive accused of trying to kill police in South Carolina fatally shot a deputy U.S. Marshal attempting to apprehend him Friday in Georgia.

The U.S. Marshals Service said Deputy Commander Patrick Carothers, 53, died as a result of two gunshot wounds he sustained while entering a mobile home believed to be housing a wanted man from South Carolina.

Carothers and his team had tracked Dontrell Montese Carter to a mobile home in Long County, Georgia.

Carter, 25, was wanted in South Carolina since Sept. 18 when he allegedly assaulted his girlfriend, fired gunshots into the home of a relative, then led police on a car chase where he fired at officers before ditching the car and escaping on foot.

Carothers was treated on scene by a tactical medic before being transported to Liberty Regional Medical Hospital. He later died at the hospital. Carter was transported to St. Joseph’s Hospital in Savannah where he was pronounced dead.

“The fugitive who killed Deputy Commander Carothers was extremely dangerous, wanted for trying to kill law enforcement officers and deliberately evading authorities,” said U.S. Marshals Service Deputy Director David Harlow in a statement. “Pat is a hero and our thoughts and prayers are with his wife and five children.”

Attorney General Loretta Lynch issued a statement on Carothers’ death saying she is deeply saddened by the “tragic loss.”

“He stayed true to his oath to the last, laying down his life to keep his community safe and his neighbors secure,” Lynch said. “I know that his legacy will live on in the proud annals of the U.S. Marshals Service and in the memory of his fellow law enforcement officers from coast to coast.”