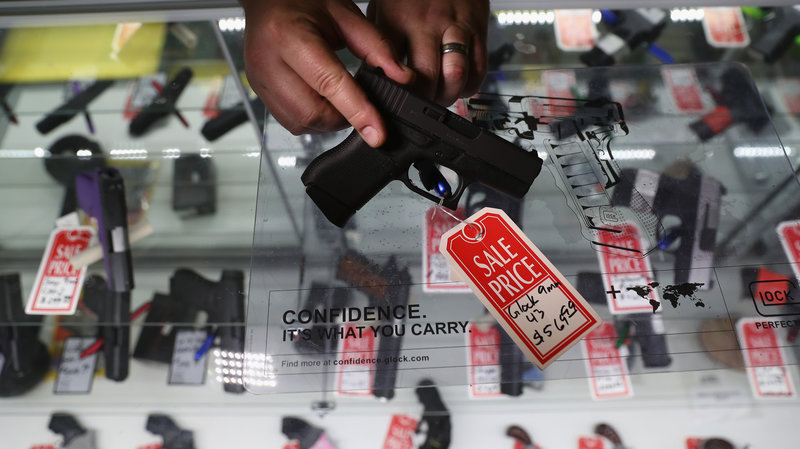 Gun sellers are reporting that business has slowed down as post-election fears of gun control wane and customers no longer feel the pinch to stock up on guns.

“I did have one gentleman order a gun from me on Tuesday, and then after the election results came in he called me and said, ‘Dave, let’s cancel that order,'” sales manager Dave Larsen told the local Fox station. “I asked him point blank, ‘Is this because Donald won?’ And he said, ‘Yeah, kind of.’

Larsen’s family been in the gun business for over 40 years and he has seen politics effect sales over the last three decades. Larsen said based on his experience, he chose not to stock up on firearms prior to this election. Other dealers, however, took advantage of the national polls predicting a Hillary Clinton win and bought big.

“Some dealers stocked up, and now they are probably a little heavy with the Trump win,” Larsen said.

Joe Frament, assistant manager at Selway located in Montana, said that sales haven’t quite returned to pre-election numbers but they are on their way to way to leveling off for his store.

“There’s no more panic, but people are still buying,” Frament told the Daily Interlake. “If Hillary had gotten elected, in a month you would see people buying more and more, and then the distributors probably would have dried up in about a month,”

Frament based his stock of ammo and guns off past experience. After years of watching consumers swing between not buying to panic buying each election, Frament said he believes most of the hype is overblown.

“It’s a little irrational, but there is an honest threat,” he said. “Anything can happen and could happen, but it’s that mindset that you can have it and not need it rather than need it and not have it.”

Brad Bissey is an employee at Kansas-based Tactical Advantage. The store has only been selling guns for a month, but employees said that pre-election fears drove customers to buy guns at an accelerated pace.

“You’re causing people that wouldn’t normally buy a gun to buy two or three. The owner here, Craig, he had sold three rifles to one individual, just because of a possibility [of a Clinton presidency],” Bissey told NPR.

Owner Craig Antovoni agreed that his customers have been spending big the past month. “They were a little nervous thinking about Hillary getting in the office, and there’s been a run on the guns and parts,” he said.

The day after Trump secured the presidency, Anotovoni said he noticed foot traffic in store was a “a little slow.”

“Typically the fear of such legislation prompts a near term surge in consumer demand for those types of firearms, as consumers flock to stores to stock up on such firearms before the ban is potentially enacted,” Wunderlich Securities analyst Rommel Dionisio told TheStreet.“Naturally with the Trump victory, such consumer fears would subside, so there will likely be no near-term demand surge any time soon for firearms.”

Though the industry has seen a slight decrease post-election, most retailers agree that the Trump victory will be good for gun businesses long-term.

“Trump will be good for the retail business,” Mid-City Pawn and Guns Shop store manager Howard Godbee told The Decatur Daily. “He is a smart businessman, and he will find a way to create more jobs. If you are working and have a few extra dollars, you might buy that gun that you otherwise wouldn’t consider because you didn’t have the money. In the long haul, Trump will be better for firearm sales than Hillary would have been.”