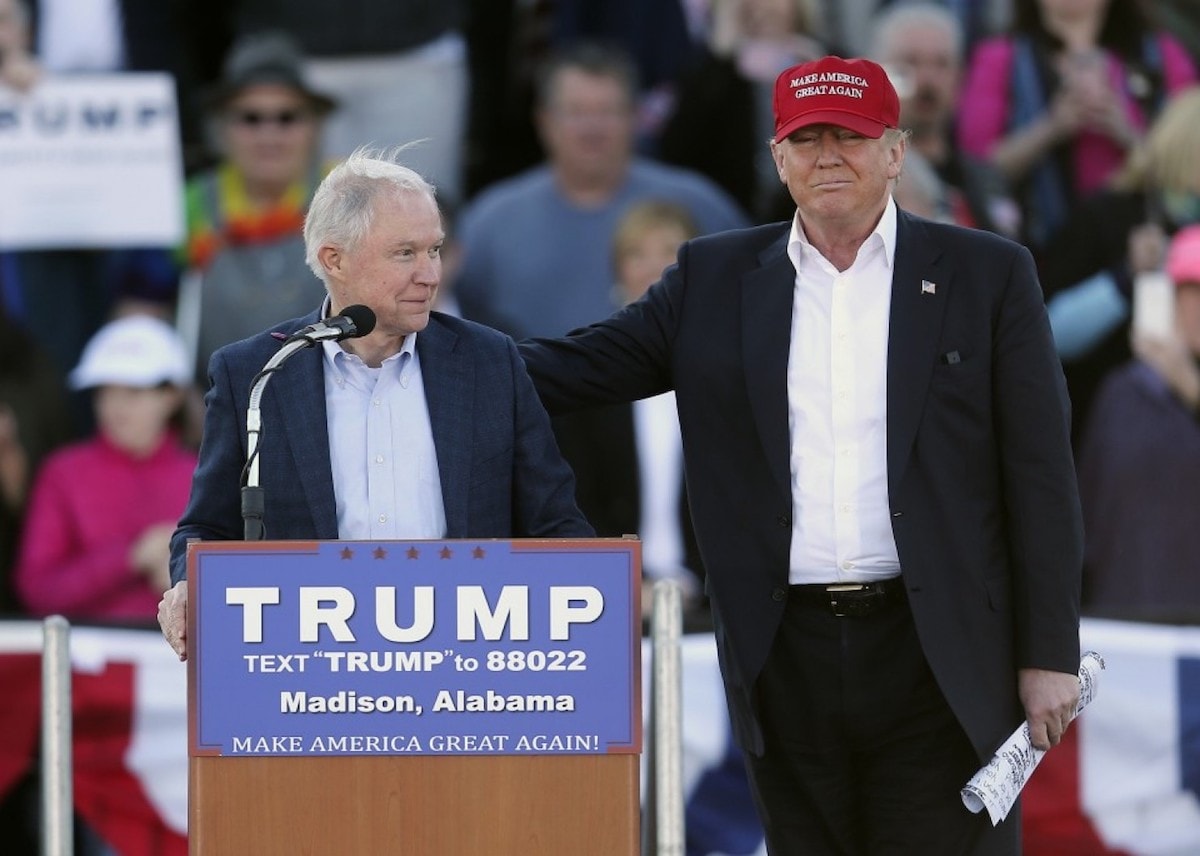 A staunch Republican, Sessions was ranked the fifth most conservative U.S. Senator by the National Journal in 2007. Prior to his successful Senatorial run in Alabama in 1996, Sessions served as the state’s Attorney General.

Holding an A+ rating from the National Rifle Association, the Alabama senator has long favored gun rights. In the past, he’s voted against increased background checks at gun shows as well as bans on high capacity magazines. He also co-sponsored bills aimed at repealing the ban on semi-automatic weapons as well as denying officials in Washington, D.C. the ability to enact laws that discourage gun ownership.

“Jeff Sessions is a champion of our right to keep and bear arms and we look forward to him making America great as our next attorney general,” NRA-ILA Executive Director Chris Cox tweeted over the weekend.

While Sessions appears to be good for guns, his civil rights history has been called into question. In 1986, he faced a potential federal judgeship under President Reagan. His attempt at securing that position dramatically failed as the Senate refused to confirm him due to accusations that he was a racist.

Colleagues testified before the Senate that Sessions routinely used the n-word and even joked about the Klu Klux Klan, saying he felt the hate group was “okay until I found out they smoked pot.” Sessions also reportedly had it out for the American Civil Liberties Union and the National Association for the Advancement of Colored People, calling the groups “un-American.”

Sessions denied the allegations, saying the remarks were either taken out of context or meant as a joke. He clarified during his testimony that he considered the KKK to be “a force for hatred and bigotry.”

“I am not the Jeff Sessions my detractors have tried to create,” he told the Senate Judiciary Committee. “I am not a racist. I am not insensitive to blacks.”

The ACLU commented on the nomination on Saturday saying the group does not routinely support or oppose presidential or judicial nominations. However, it does feel a need to educate Americans on who their President-elect is nominating.

“Sen. Sessions has called the ACLU un-American and communist, assertions we flatly reject. His positions on LGBT rights, capital punishment, abortion rights, and presidential authority in times of war have been contested by the ACLU and other civil rights organizations,” the ACLU said. “As the nation’s highest-ranking law enforcement official, the attorney general is charged with protecting the rights of all Americans. In his confirmation hearings, senators, the media, and the American public should closely examine his stances on these key issues to ensure we can have confidence in his ability to uphold the Constitution and our laws on behalf of all Americans.”

The Southern Poverty Law Center’s Heidi Beirich, however, did not hold back when commenting on the senator’s muddy history. Beirich, who tracks hate speech, told The Washington Post that Sessions is guilty of it. She elaborated adding that his presence within Trump’s cabinet is “a tragedy for American politics.”

Despite a contentious history with civil rights groups, Sessions has been known to work well alongside Democrats. He’s previously joined forces with the opposing side to support criminal justice reform and military federal spending legislation.

“Say what you will about him,” former longtime Senate Democratic communications aide Jim Manley told the Almanac of American Politics. “He was always nice to [the late Ted] Kennedy and other Democrats as well.”

As the nation’s top law enforcement officer, Sessions and his political appointees would shape policies across the federal government as well as oversee the enforcement of federal laws though the Federal Bureau of Investigation and other agencies within the Justice Department. In addition, his department would be instrumental in advising Trump on Supreme Court nominees as well as working to get those nominations confirmed by the Senate.