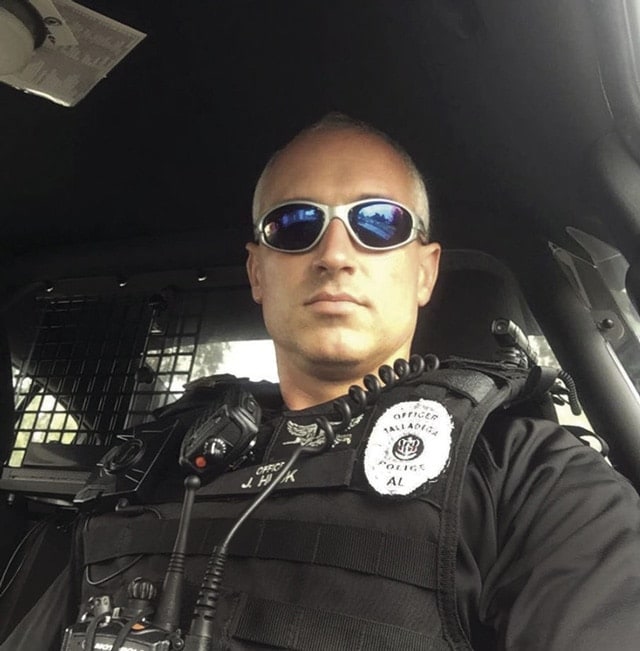 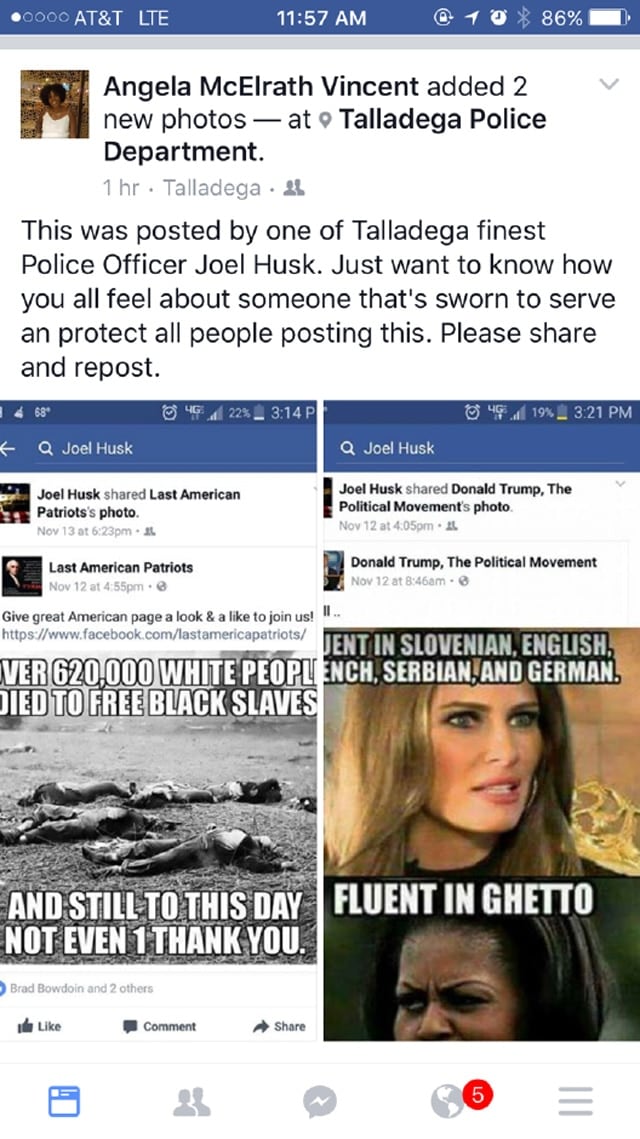 Following a string of controversial Facebook posts, a Talladega police officer was fired from his job last week.

The department was made aware of the posts after a woman shared screenshots of Joel Husk’s Facebook page that included two controversial memes. Other questionable posts included another meme with the caption, “Was Dallas a terrorist attack? Yes! Carried out by Obama’s own homegrown terrorist group!” An additional meme featured a Confederate flag with the caption, “The KKK is a hate group right? Isn’t it about time we start being honest in America . . . and admit that #blacklivesmatter is also a hate group?”

Officials were appalled at the posts, which were deemed “biased… racially insensitive or derogatory,” said City Manager Patrick Bryant.

Bryant said these sort of things can have an impact on the community’s trust in law enforcement and action must be taken to correct it.

“As public employees, and especially law enforcement officers, we have a standard of excellence to uphold,” Bryant concluded.

Husk, who is 37 years old, was with the department for about two and a half years.