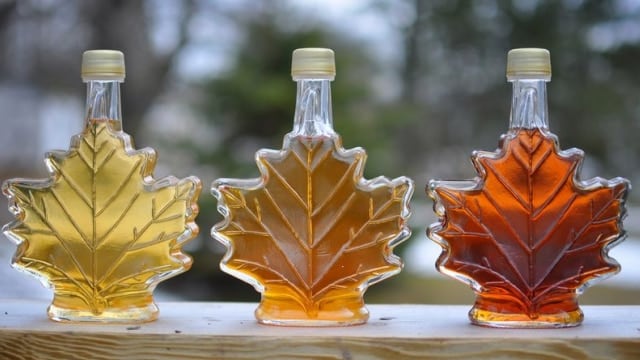 When 3,000 tons of maple syrup goes missing in Canada, you better believe there will be consequences. (Photo: BBC)

A man reputed to be the John Dillinger of the Great Maple Syrup Robbery gang has been found guilty in one of the stickiest crimes in Canadian criminal history.

Earlier this month Richard Vallières was found guilty by a Quebec jury for his leadership role in the theft of a reported 3,000 tons of the delicious hotcake dressing from warehouses controlled by the (we can’t make this up) Federation of Quebec Maple Syrup Producers. The syrup was estimated to have a street value of $18.7 million.

Apparently the plot was unraveled in 2012 when barrels (!) that were supposed to contain the waffle condiment were found by inspectors to be filled with water.

According to Vallières though, he was a patsy, telling the court he was forced to swap out the savory processed tree gold by a man with a gun who worked for the mafia.

In all, 26 were indicted by Canadian authorities for taking part in the scheme.