Chicago man who tried to kill federal informant gets 35 years 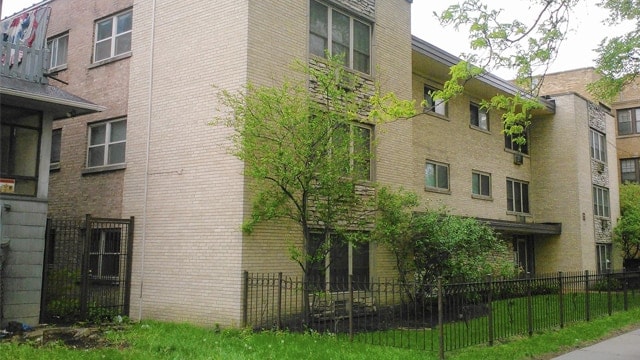 The apartment complex where Kelsey Jones and his brother Toby shot at a federal informant. (Photo: Chicago Tribune)

A drug dealer in Chicago was sentenced to 35 years in prison last week for trying to kill a federal informant.

According to the ATF, Kelsey Jones, 40, and his brother tried to kill the informant twice in the spring of 2014. In the first attempt, his 39-year-old brother, Toby Jones, fired several shots through the front door of the informant’s apartment building in suburban Oak Park. A bystander was injured in that shooting. Then, a week later, Kelsey Jones walked up to the informant’s car and opened fire, injuring the informant and one other person. All of the victims survived.

The brothers sold cocaine and heroin on Chicago’s West Side and in the suburbs, according to the Bureau of Alcohol, Tobacco, Firearms and Explosives.

At trial, testimony revealed that Toby Jones was selling crack cocaine to the federal informant and an undercover ATF agent. Jones planned to give the agent drugs in exchange for a high-capacity magazine.  When Jones sent a dealer to make the trade, the dealer was immediately arrested. That’s when Jones and his brother spent a week trying to track down the informant and kill him.

The Jones brothers were convicted earlier this year of conspiring with each other in the attempted murder of the federal informant. They were also convicted on gun and drug charges.

In May, Toby Jones was sentenced to 40 years in prison.