Gun used in arrest of Lee Harvey Oswald up for auction 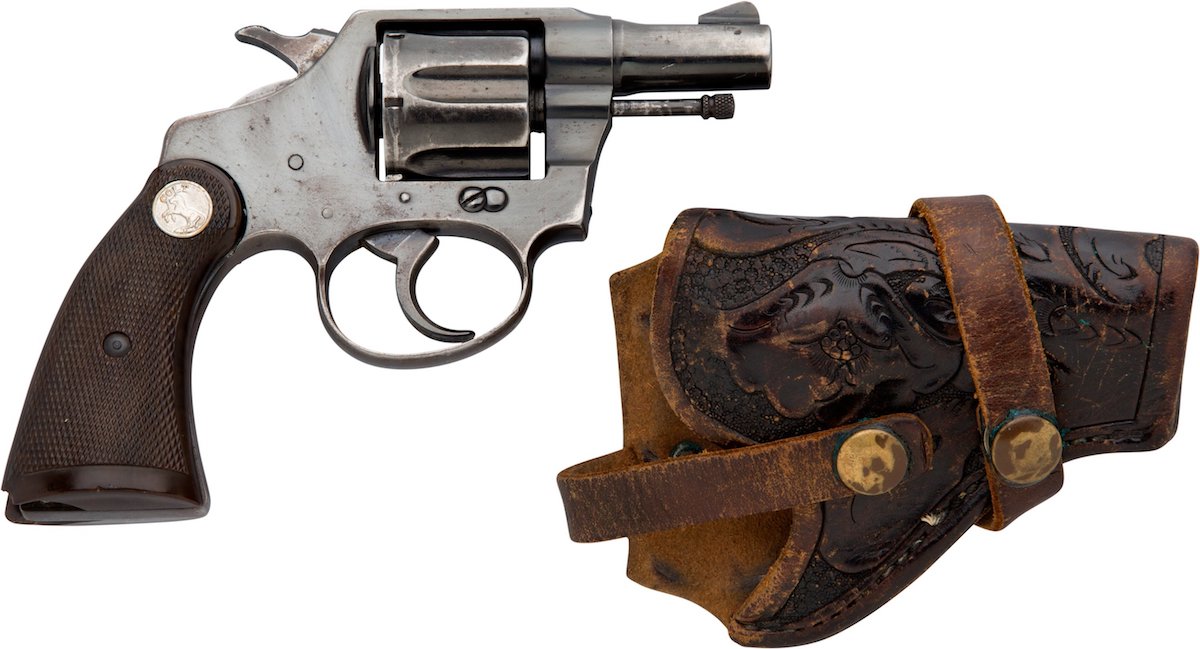 Sgt. Jerry Hill was wearing the Colt revolver and holster at the time of Lee Harvey Oswald’s arrest in 1963. (Photo: Heritage Auctions)

The revolver used to arrest Lee Harvey Oswald after he fatally shot John F. Kennedy is up for grabs at a Dallas-based auction house.

The Colt double action wheel gun, offered by Heritage Auctions, is chambered in .38 caliber. Featuring just over a 2-inch barrel with a fixed front sight and a frame notch rear, the gun comes in a blue finish with checkered factory grips. Alongside the Colt is the brown, leather holster the arresting officer wore the day of Oswald’s arrest.

The gun was originally owned by Dallas Police Department Sgt. Gerald “Jerry” Hill. Hill was the lead officer during the initial investigation, uncovering the sniper’s perch inside the Texas Schoolbook Depository building where Oswald shot and killed Kennedy on Nov. 22, 1963. After discovering the perch, Hill responded to reports of a suspicious person and came across Oswald. After a brief struggle, Hill subdued Kennedy’s shooter and arrested him.

Hill died in the summer of 2011 at the age of 81 from multiple health issues.

Collectors have until Dec. 3rd to place their bid and make a run at this piece of history. Bidding is up to $4,000 with a 25 percent buyer’s premium.

In addition to the Colt, the auction house is also offering the sport jacket Hill was wearing at the time of Oswald’s arrest. Bidding on the coat lasts until Dec. 3 with the current bid sitting at $2,000.