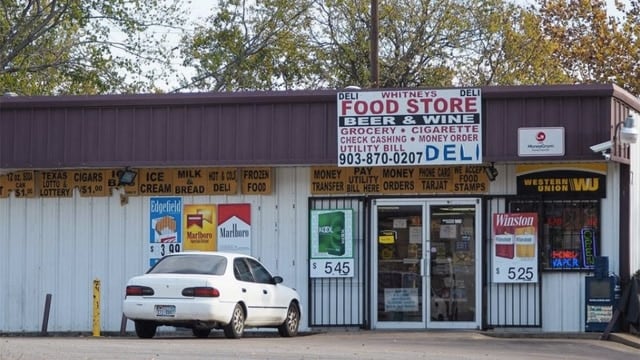 A man is in police custody after he attacked a store clerk in Sherman, Texas, last week while wielding a machete, only to be shot by the clerk he was attacking.

Authorities say the incident unfolded a little after 9 p.m. outside of Whitney’s, a corner grocer, but the victim said it was the second confrontation he had with the suspect that day.

The store clerk told police the suspect came into the store earlier, but for reasons which were not disclosed, the clerk asked the man to leave. The man refused to leave, but the clerk then physically removed the man. The suspect responded by threatening to return.

The night went on, but as the clerk was preparing to close up the shop for the night, he walked outside toward his car and was confronted by the suspect in the parking lot. The victim said he then saw something in the suspect’s hand and, fearing he was armed with a weapon, the victim ran toward the alley behind the store.

The suspect chased the victim, but during this time the victim was able to pull a gun and fired at the suspect, who subsequently fled. The object carried by the suspect was later determined to be a machete.

The victim then called the police, but soon thereafter another call came in from a man requesting medical attention for a gunshot wound.

The caller was determined to be the same individual responsible for the earlier altercation. The suspect, who was shot in the upper torso, was transported to the hospital via medflight.

The suspect was charged with aggravated assault with the deadly weapon.