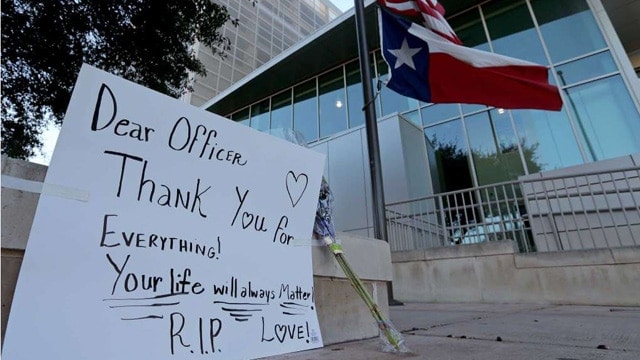 Authorities are searching for the suspect who fatally shot a San Antonio police officer as he sat in his patrol car writing a citation Sunday morning.

The incident occurred at 11:45 a.m. just outside of the police headquarters downtown. Detective Benjamin Marconi, 50, initiated a traffic stop, then returned to his patrol car to write a citation. But as Marconi sat in his vehicle, another car, described as a Nissan or Toyota black mid-sized sedan with chrome wheels, pulled up and parked behind Marconi.

The driver exited his vehicle, walked up to Marconi’s car and fired through the passenger side window, striking the officer in the head. The suspect then reached into the patrol car and fired a second shot which also struck Marconi. 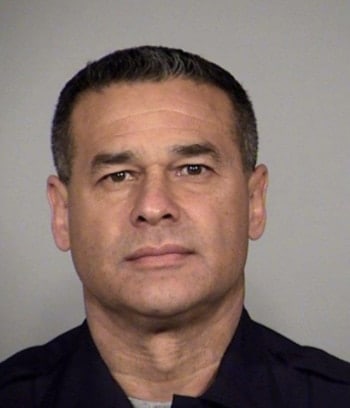 The suspect then returned to his vehicle and fled from the scene.

Marconi, a 20-year veteran of the force and detective with the Special Victims Unit, was rushed to a hospital where he was pronounced dead.

Although officials called the shooting a targeted attack, it’s unclear whether there was a connection between the driver who was being issued the citation and the shooter.

The suspect, who will be charged with capital murder if caught, is described as a black male 5-foot-7 to 6-foot tall. He was last seen wearing a gray shirt and black pants. And while he is not being described as a suspect, the San Antonio Police Department released images of a person who they say may have information on the officer’s death. A reward of up to $10,000 is being offered for information leading to the suspect’s arrest.

Jesse Salame, a spokesman for the San Antonio Police Department, described Marconi, who had two adult children, as a great guy who loved his job and cared about the people he worked with.

“This type of crime cannot and will not be tolerated,” Taylor said in a statement.

“To the San Antonio Police Department and law enforcement officers all across the State of Texas,” Cruz said in statement, “our message is clear: we stand unequivocally with you, and we will not tolerate those who viciously and deliberately target law enforcement.”

Additionally, Texas Attorney General Ken Paxton offered support for the department in the days following what he described as yet another senseless murder of a police officer. 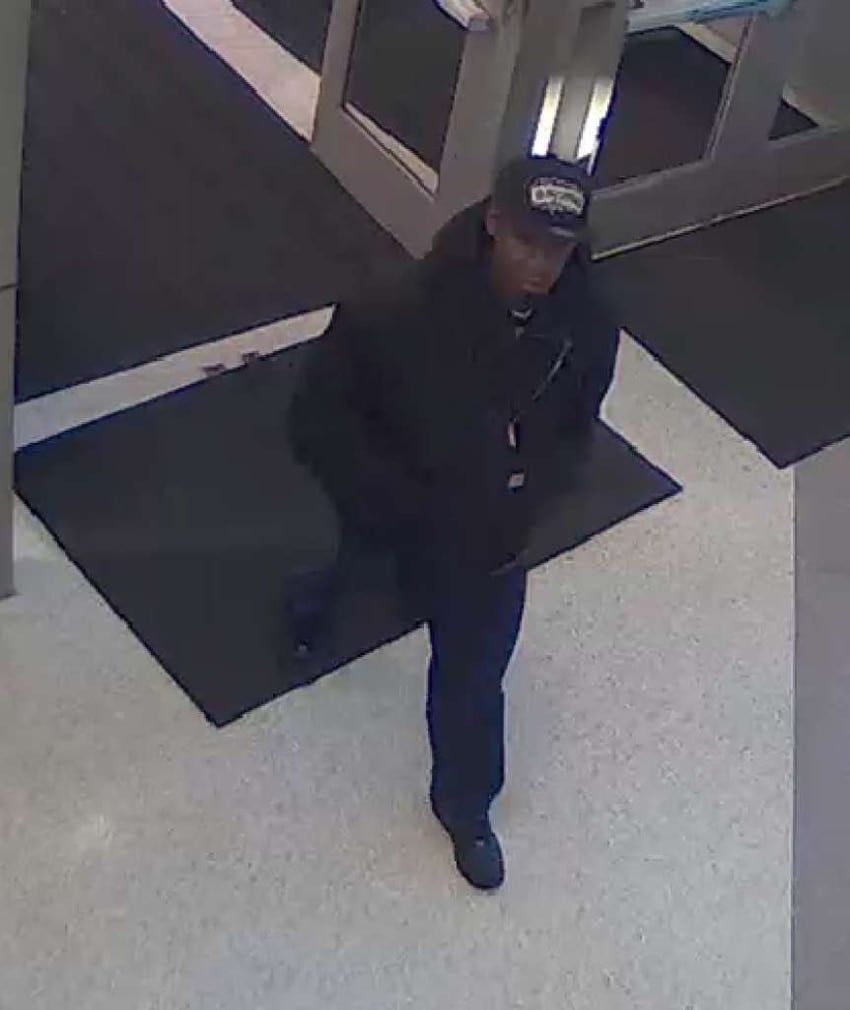 According to data from the Officer Down Memorial Page, Marconi is the 127th officer to die in the line of duty this year in the U.S. and the 18th in Texas alone. The number of officers who were killed by gunfire this year so far has increased 71 percent from last year.

“It’s always difficult, especially in this day and age, where police are being targeted across the country,” said San Antonio Police Chief William McManus.

On the same day Marconi was killed, two other officers were injured after being shot in separate incidents – one in St. Louis, which was described as an ambush, and one in Florida. Additionally, a deputy U.S. Marshal was killed in Georgia Friday during a shootout with a wanted fugitive.