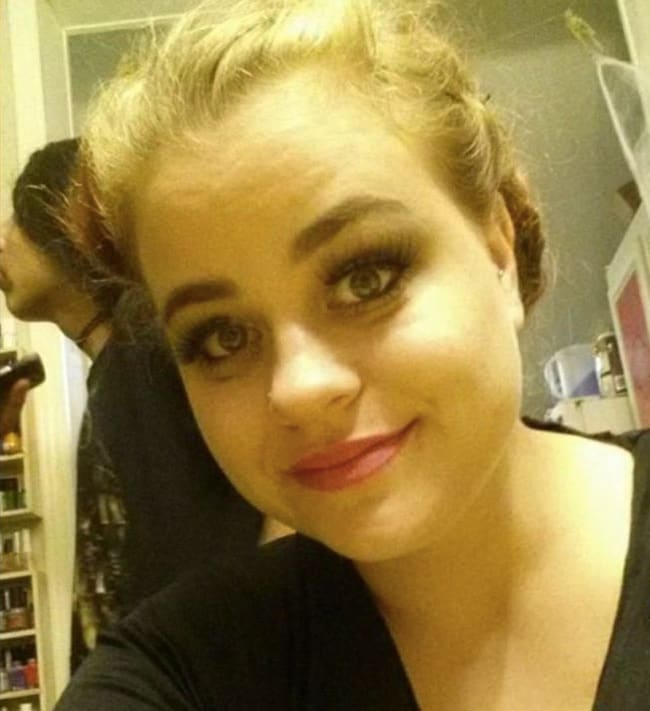 Alyssa Glosson is expected to be okay. (Photo: ABC 11)

A 29-year-old woman is lucky to be alive after she was accidentally shot in the head Saturday morning outside of a gun show in Raleigh.

William Daniel Glosson and his wife, Alyssa, along with their friend, Lasonya Judd, all of Cameron, North Carolina, were leaving the Dixie Gun & Knife Classic at the state fair grounds a little after 10 a.m. when the shooting occurred.

The three got into their car and William handed Judd one of his handguns, which she wanted to compare with another weapon William had purchased at the gun show.

But as they started out of the parking lot, Judd, who was sitting in the back seat of the vehicle, inadvertently discharged William’s firearm. The bullet traveled through the back of the front passenger seat and struck Alyssa in the head.

William immediately stopped and called 911. In a recording of the call, he could be heard telling the operator that Alyssa was bleeding from her head and had ringing in her ears, but was otherwise okay.

When paramedics arrived on the scene, Alyssa was not only conscious but responsive and still speaking. She was transported to the hospital, where she was treated and released and expected to make a full recovery, according to a local ABC affiliate. Wake County Sheriff Donnie Harrison said it appeared most of the impact of the bullet was likely absorbed by the seat.

William, who has a concealed weapons permit, bought two firearms while at the gun show, one of which was similar to one he already owned. He said he wanted to buy a gun that matched his as a gift for Aylssa.

No one is facing charges at this time, but the investigation is ongoing.

“Anytime you mess with firearms,” Harrison said, “be careful.”

This was the second time in four years that there was an accidental shooting at the gun show.