Felon sentenced to 46 months for possession of a bullet 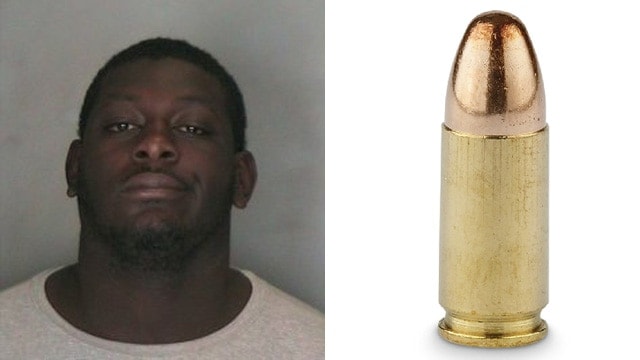 A felon in Upstate New York was sentenced Tuesday to three years and ten months in prison for possessing a single bullet.

Tyron Jackson, 28, was pulled over in Niskayuna, New York in September 2015 and was found to have a single 9 millimeter Luger bullet. Felons aren’t allowed to possess bullets, and Jackson pleaded guilty in June. He’ll have three years of supervised release after serving the 46 months in federal prison.

According to the Times Union, a week before he was arrested for the bullet, Jackson fired a gun into a crowd in Schenectady. No on was injured. On the same day, police found 13.5 grams of cocaine in his apartment. In 2006, at the age of 18, Jackson was convicted of first-degree robbery, a case in which police alleged he shot at two people.

“The defendant was prosecuted for possessing only a single bullet, but that bullet and other conduct demonstrate that he refuses to lead a law-abiding life despite spending nearly his entire adult life in custody,” Assistant U.S. Attorney Michael Barnett wrote in a pre-sentencing memo.

Barnett said Jackson was shot in 2014 and he believes in the phrase “live by the gun, die by the gun.”

The prosecutor said Jackson was a “particularly bad recidivist who deserves the maximum imprisonment term” under federal sentencing guidelines. That’s what the judge imposed.

Jackson is still facing second-degree attempted murder charges for shooting into a crowd in Schenectady.