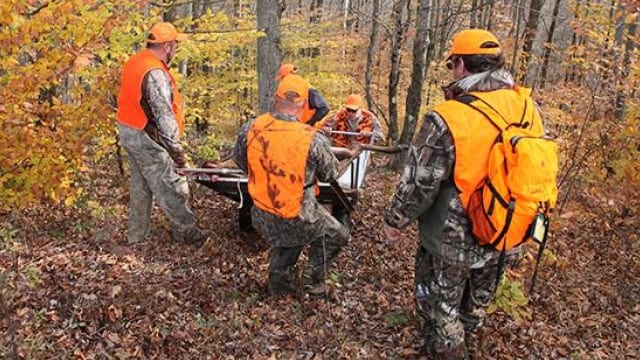 Pennsylvania is one of only two states that do not allow the use of semi-auto rifles for hunting, and that may be ending. (Photo: Pennsylvania Game Commission)

A long running and very popular push to end the total ban on hunting with semi-automatic rifles in the Keystone state is now in the hands of the Pennsylvania Game Commission.

The legislation has spent the past 21 months winding through committee and floor votes before passing the Senate and House in veto-proof margins at the end of October, meeting with Gov. Tom Wolf’s signature on Monday without comment.

While hunting seasons are now at their peak — bear season began in the state on Nov. 19 and firearm deer season is just a week away — Pennsylvania sportsmen will not be taking advantage of the new law this year as the Game Commission still has to approve rules for the use of semi-auto rifles.

“It’s important to note Act 168 will give the commission the option of allowing these firearms to be used for hunting,” said Rep. Matt Gabler, R-Clearfield, sponsor of the legislation, in a statement Monday. “Governing bodies that regulate sportsmen’s activities in other states, including some of those that border Pennsylvania, already allow their hunters to use these types of rifles in the field. We are moving a step closer to doing likewise.”

Gabler’s legislation, which passed as the Pennsylvania General Assembly as HB 263, amends state law by removing the ban on the use of air, chemical or gas cylinder operated weapons as well as semi-automatic rifles, allowing the Pennsylvania Game Commission to regulate the use of such guns to manage game species and bag limits.

Only one other state, Delaware, currently prohibits the use of all semi-automatic rifles to take game. While semi-auto shotguns are currently allowed under Pennsylvania laws, all rifles must be manually operated.

Past legislative attempts to overturn the Keystone State’s curious ban on semi-auto rifles for sportsmen in 2014 and 2015 have come up short.

Last year, Matt Hough, executive director of the commission, told lawmakers he would like to see magazines used in the field by semi-autos limited to five rounds as well as restrictions on species.

Pennsylvania has some 1.3 million licensed deer hunters, the most in any state.

The proposal had the strong support of gun rights groups such as the National Rifle Association as well as hunting organizations.

“Semi-automatic rifles simply give hunters a much greater ability to fire a timely and accurate follow-up shot, which can be the huge difference between wounding or quickly taking a game animal,” noted the NRA in a statement Monday. “Larger calibers, including the popular .30-06 and larger, generate significant recoil that some shooters may not handle well.  Gas-operated semi-automatics have less recoil, making them more user-friendly.”

The Pennsylvania Board of Game Commissioners will hold its first quarterly meeting of 2017 on Jan. 29-30 at the agency’s Harrisburg headquarters and will take public testimony on next year’s seasons and bag limits.