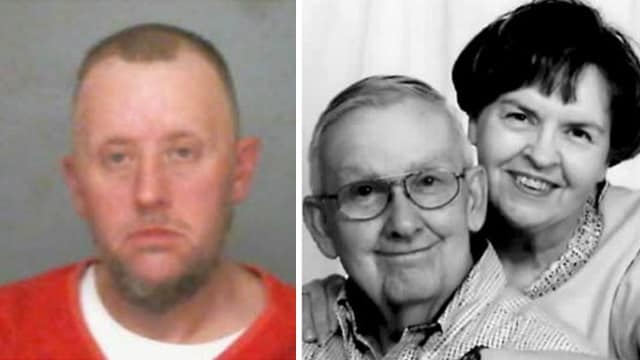 An Alabama man is being charged with murder after police say he killed his sleeping parents Monday night.

Heath Benson Moore, 41, called 911 at 11:43 p.m. Monday and told dispatchers he shot his parents. They told him to go outside and lie down in the driveway, which he did. He was arrested without incident.

“I am saddened by the situation,” said Blount County District Attorney Pamela Casey, according to AL.com. “We are praying for the family as they deal with this situation.”

The couple celebrated their 50th wedding anniversary back in 2013. According to the Blount Countian, Bennie was a truck driver and Fay worked at a Wal-Mart distribution center.

Police say Heath Benson Moore has not been cooperative since he was taken into custody, and a motive is unclear. He’s being held without bond at the Blount County Jail.

The couple’s pastor, Rev. Dennis Reeves, said he knew the Moores for about 40 years. He said it was well known that Heath suffered from “emotional issues.”

“Nobody considered anything like that. I’m still thinking I’m having a terrible dream,” Reeves said. “They were wonderful, Godly people. Just good common country folk. I can hardly believe it.”