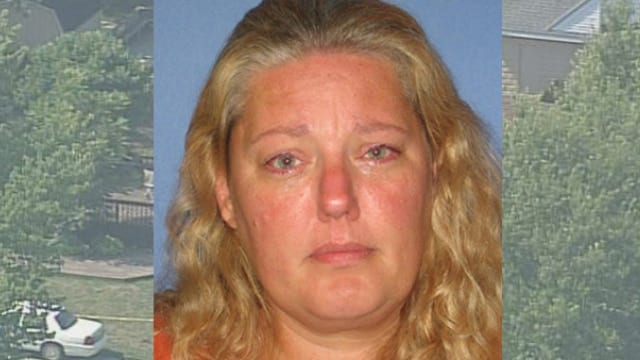 A Missouri gun shop agreed to a $2.2 million settlement for selling a gun to a mentally ill woman — over the protests of her mother — who used the gun to murder her father.

Attorneys representing the woman’s mother, Janet Delana, filed a motion to settle the wrongful death case against Odessa Gun & Pawn last week in a Missouri Supreme Court. When Delana filed suit in 2013, she claimed the store was negligent when they sold her daughter, Colby Sue Weathers, a handgun.

Delana called store manager, Derrick Dady, on June 25, 2012 and warned him that Weathers, who suffered from severe mental illness, had attempted suicide with a gun she had bought at Odessa the previous month and intended to buy another with her next Social Security disability payment.

Two days after the call, Dady sold Weathers a Hi-Point .45 ACP and ammo, which she then used within an hour to shoot and kill her father Tex, Delana’s husband.

While Weathers was institutionalized after being ruled not guilty by reason of mental disease after state determined her to have “severe psychotic mental illness,” Delana, represented by Jonathan Lowy and Alla Lefkowitz of the Washington, D.C.-based Brady Center to Prevent Gun Violence, sought to take the gun shop to court in a wrongful death lawsuit in 2014 .

A Lafayette County circuit court denied the claim citing the federal Protection of Lawful Commerce in Arms Act preempts Delana’s negligence claim under state law. However, the Missouri State Supreme Court earlier this year held that the 2005 federal law does not preempt Delana’s suit for negligent entrustment, citing Odessa likely had reasonable concern to refuse the firearm sale to Weathers, and allowed the action to proceed.

The Brady Center on Tuesday announced Odessa had agreed to a $2.2 million settlement to end the lawsuit. The gun control group contends the store had a track record of past regulatory issues on Bureau of Alcohol, Tobacco, Firearms and Explosives inspections, receiving gigs in four out of five inspections conducted at the site between 2006-2014.

“While most gun dealers already are responsible businesspeople who take great care to prevent dangerous people from getting their hands on guns, litigation is increasingly cracking down on the small number of bad apple gun dealers who irresponsibly supply criminals,” said Lowry in a statement.

The group, who has misfired on litigation against ammo vendors and others in the wake of tragic fatal shootings argues the Odessa suit sets the stage for similar cases moving forward.

“The Missouri Supreme Court decision and resulting settlement opens the courthouse doors for victims who may have been silenced in the past,” said Lefkowitz. “Since the court’s decision, at least two new cases have been filed in the Kansas City-area seeking to hold a gun dealer responsible for negligently selling a firearm. And we have noticed a significant uptick in interest by private attorneys to bring these types of cases.”

Attorneys for Odessa say the settlement could sour some on opening and running gun stores, or any number of outlets for that matter. “Everybody who sells cars, alcohol, chain saws or anything that could be potentially harmful now has to be a psychologist,” said attorney Kevin Jamison.